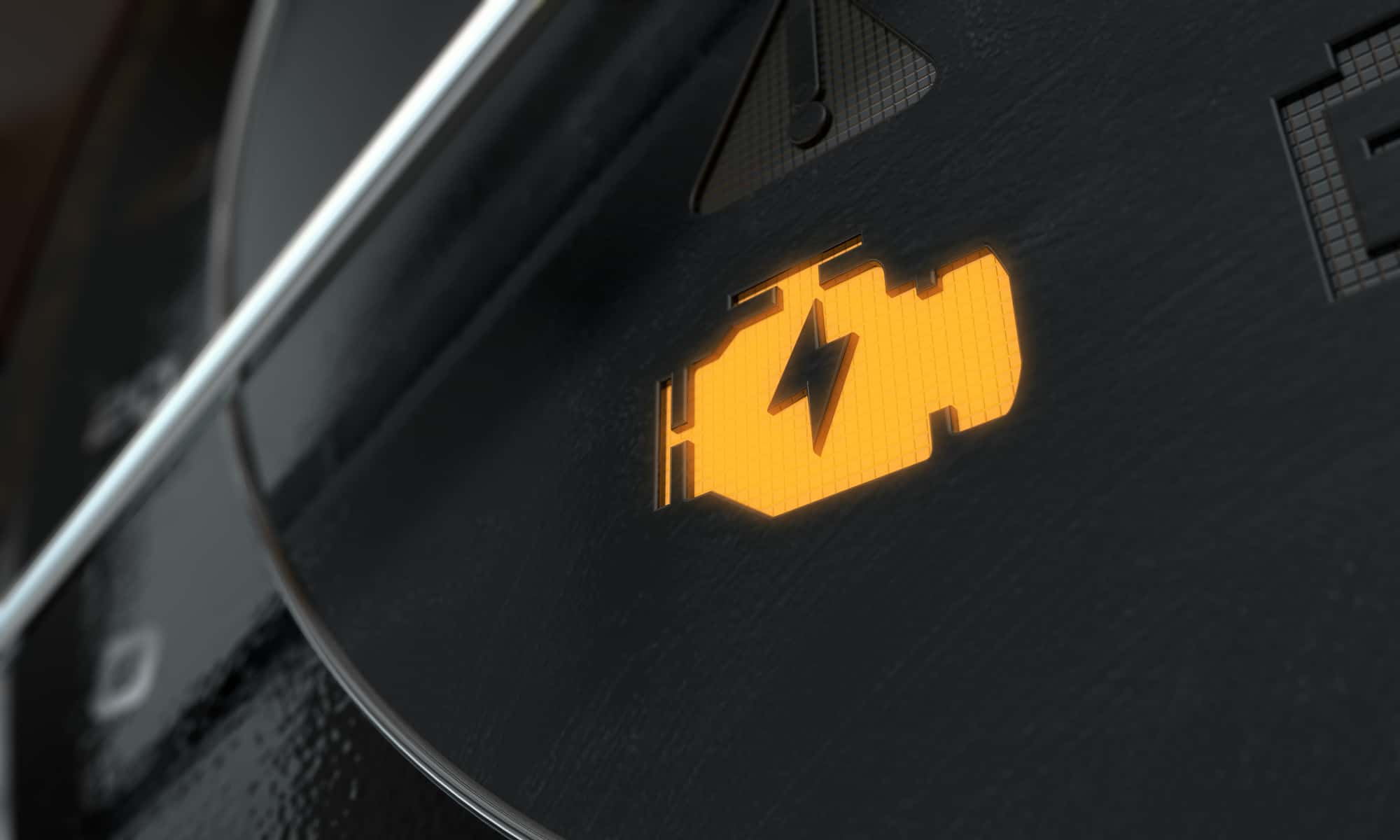 If your car is shaking when driving or when sitting at the traffic lights idling, and the check engine light is on too, then there is no denying that there is a problem with the engine. What causes this problem and how do you fix it?

In general, if the check engine light is flashing and the car is shaking then there is a problem with one or more engine components. The problem could lie with the fuel supply, or a faulty ignition coil, bad spark plugs, or a bad engine sensor. If the car is only shaking when idling then the problem may be with the idle air control valve.

It’s usually a good idea to not drive your car if it is shaking badly or if the check engine light is flashing as it can often be a sign of a serious engine fault that you should get checked out.

In general, if your car is shaking when driving or when idling then there is a problem with how the engine or a specific cylinder is getting fuel, air, or the spark (if it’s petrol) that generates compression.

There are lots of different components that can cause the car to shake if they develop a fault. When trying to isolate the fault, it’s best to look at each engine system in turn. Start by ensuring the engine is getting adequate fuel, followed by a constant supply of air and finally a well-timed ignition source.

Cause 1: A blocked fuel filter (or poor fuel pressure in general)

Engine misfire is a common cause of car shakes, especially if it happens when you push on the accelerator. This can often be caused by a lack of adequate fuel pressure in the cylinder. Sometimes, a lack of fuel can be caused by a blocked fuel filter that hasn’t been changed on schedule.

If the fuel injector is expecting a certain amount of fuel and it doesn’t receive it, then this will cause the cylinder to misfire as the air to fuel ratio will be wrong.

If the fuel in the fuel tank becomes contaminated by dirt or water then this can also damage the fuel filter leaving it blocked or unable to filter properly.

If your car has a problem with fuel pressure caused by a bad fuel filter, this will usually be picked up by the ECU and this will trigger the check engine light. The engine may also enter ‘limp home mode’ so it does not incur any damage.

Cause 2: A bad fuel injector

Bad fuel injectors are another very common engine problem that can cause engine shaking and a check engine light.

Modern engines use a technique known as direct injection to get the fuel into the engine cylinder. A very precise amount of fuel is delivered by the fuel injectors controlled by the ECU.

Along with the amount of fuel, the spray pattern of the fuel is also important to initiate the most efficient combustion.

The most common ways that a fuel injector can fail are if they become blocked or if they start to leak.

A fuel injector can become blocked if the tip or nozzle becomes dirty, and partially blocked. When you shut off your engine, the injectors can stay hot for a long time due to the heat from the engine.

This causes any fuel left in the injector to evaporate, leaving behind hard hydrocarbon deposits inside the tip of the injector. These deposits can build up over time and block the injector.

Another common cause of leaky injectors is the failure of the O-ring where the injector meets the fuel rail. These O-rings are made from rubber and can become hard and brittle from the heat of the engine.

Once they become hard they will lose their ability to seal properly and this can allow fuel to leak out causing a drop in fuel pressure and failure of the injector.

Cause 3: A faulty ignition coil

Bad ignition coils or coil packs are a common cause of engine misfires and engine shaking. Ignition coils are basically mini transformers that generate a high voltage current that powers the spark plug.

The symptoms of a bad ignition coil include engine misfires, a rough engine idle, a decrease in power, poor fuel economy and an engine that is difficult to start.

If you try to start or run an engine with one or more faulty ignition coils the engine will likely sputter, hesitate, misfire, and even stall.

A bad ignition coil doesn’t make any noise and often doesn’t look damaged, but the engine will struggle to run properly and you will almost certainly get a check engine light and engine trouble codes.

A diagnostic test will usually reveal error codes P0351 to P0358 if there is a faulty ignition coil.

Cause 4: bad idle air control valve (shaking when idling but stops when driving )

A bad idle air control valve can cause a car to shake because of a lack of air getting into the cylinders.

The idle air control valve controls the idle speed of the engine by allowing a flow of air to pass around the throttle plate using a built-in conduit on the throttle body. This is necessary because when the engine is idling, the throttle is completely closed.

A faulty idle air control valve can affect the amount of air entering the engine when idling, causing it to misfire and shake. This will usually cause a check engine light and error code P0505.

Another common cause of engine misfire and a shaking car is bad spark plugs. If one or more of the spark plugs is not operating properly, then this will cause the affected cylinder to misfire.

Continuous misfires will lead to a rough, shaking engine and will usually result in a check engine light. Common bad spark plug error codes include P0300, P0420 and P0430.

Spark plugs are designed to operate under extreme conditions and to provide a high-quality spark at very precise intervals. Over time they can become worn or dirty, causing them to ultimately fail.

Spark plug failure can often be caused by a build-up of carbon deposits on the spark plug tip due to a long-term fuel to air ratio imbalance. They can also become burnt or corroded or can become contaminated by engine oil or even engine coolant.

A bad engine sensor will usually adversely affect engine performance and can lead to issues such as shaking, lack of engine power, poor fuel economy and engine stalling.

What Next: How to fix a flashing check engine light and shaking car?

The good news is that if the check engine light is blinking, then there is almost certainly an engine trouble code stored in the ECU. So the first step in diagnosing the problem is to run a diagnostic using an error code reader. This will help to point you in the direction of the problem.

1. Is it safe to drive when your car is shaking?

No, if your car is shaking when driving, it is not safe to drive and you should find the source of the problem and repair it before further damage is done.

Excessive shaking is a sign that there is something not working as it should and this could cause extensive engine damage or it could affect the handling or safety of the car.

It could also be caused by a worn or broken suspension part such as a rubber bushing or a failed shock absorber. Sometimes shaking can be caused by warped rotors or worn brake pads, or an unbalanced or misaligned wheel.

2. Can I drive my car with the check engine light blinking?

If the check engine light is blinking this means that the problem is more serious and should be investigated as soon as possible. You should not drive the vehicle in case it causes further damage to the engine.

A blinking check engine light is usually a warning of a continuous engine misfire or a problem with the engine timing. It can also be triggered by a drop in fuel pressure or an overheating engine.

If the check engine light is static then this usually points to a less serious fault such as a failing engine sensor or an intermittent engine fault. It’s usually safe to drive the car but you should get it checked out or run an ECU diagnostic.

3. Why does my car shake when I press the gas pedal?

A car can shake when the gas pedal is pressed for many reasons. When you press on the gas pedal the car will accelerate and this will amplify any minor vibrations or shaking making them much more noticeable.

The most common reason why your car shakes when you press the gas pedal is because of a problem with the engine. This can be a lack of fuel that causes an engine misfire or a problem with one of the spark plugs. The problem can also be caused by the exhaust system.

A leak in the exhaust manifold or at one of the joints along the exhaust can sometimes resonate as a shake, especially when accelerating.

Another very common reason for a car to shake when accelerating is down to a problem with the suspension, the tires, or the wheels.

Loose or worn suspension parts will vibrate and shake more the faster you drive. Any problems with the wheels such as buckles or cracks, or even a loss of balancing weights can create a shaky car.

4. How long can you drive with a misfire?

You should not drive a car at all if you suspect that the engine is misfiring. If your car is misfiring it will be lacking in power and you will notice odd vibrations and possible knocking noises from the engine bay.

Apart from the potential to damage the engine, you may also cause an accident if you suddenly lose all engine power when driving.

Engine misfires are usually caused by a problem with the fuel supply, the spark that ignites the fuel or a lack of compression within the engine cylinder. These problems can usually be attributed to the failure of one or more components such as the fuel injector, spark plugs, cylinder valves and valve seals, the EGR valve, or a sensor such as the mass airflow sensor.

Usually a misfire will start out intermittently. If this happens and the check engine light doesn’t stay on then you are safe to drive the car, but you should really get it checked out sooner rather than later.

If the engine is constantly misfiring, the check engine light is static and you are struggling to keep the engine running, then shut off the engine and get it towed to a mechanic if you can’t diagnose it yourself.