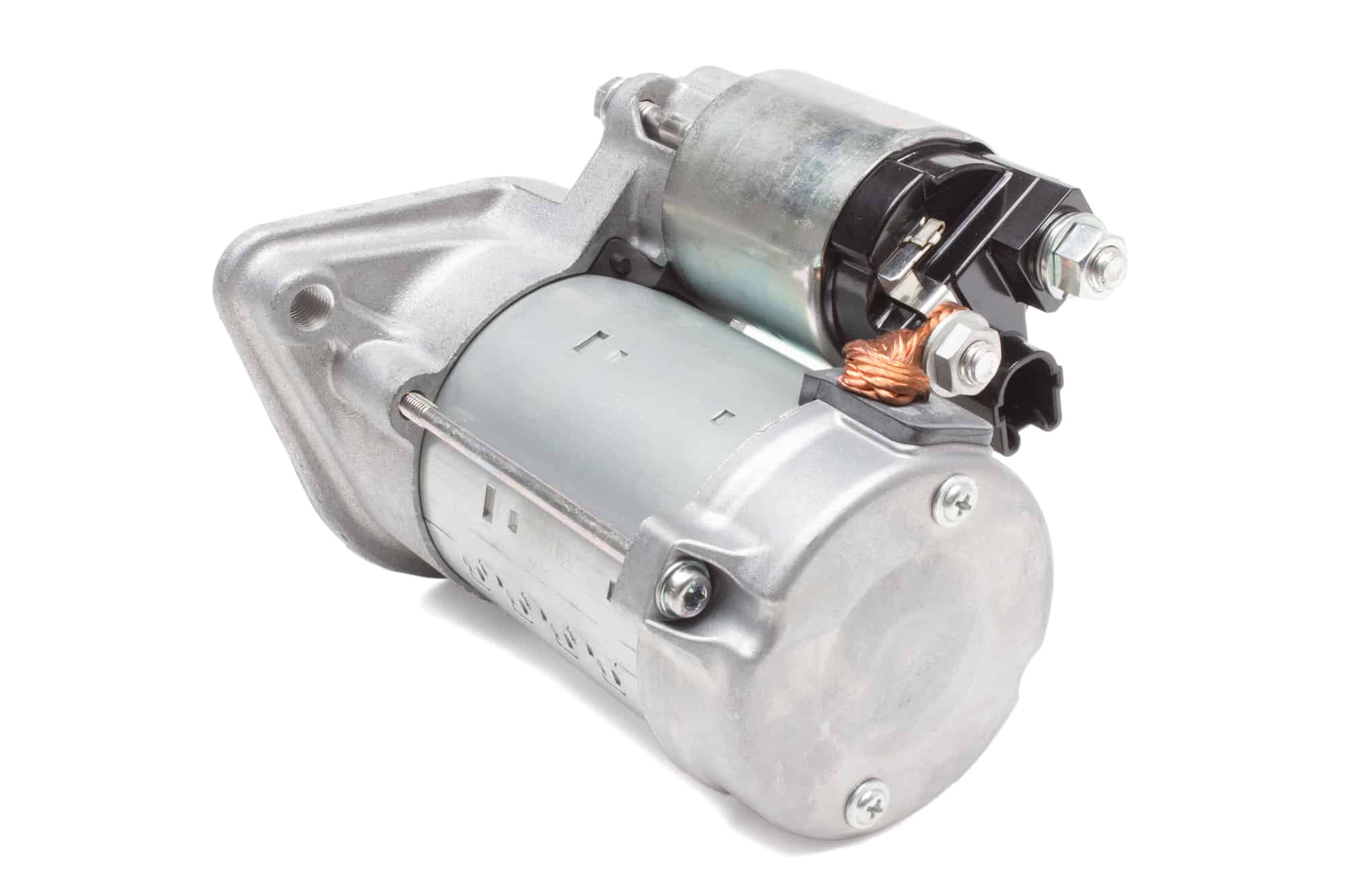 The starter motor is responsible for starting the engine by applying a turning force to the engine flywheel. When the starter is running, the bendix (or pinion) is pushed into contact with the flywheel allowing it to turn over the engine.

In general, a starter that is spinning but not engaging can be caused by a faulty starter clutch, a weak car battery, sticky starter solenoid contacts or if the starter motor bendix is not catching the flywheel.

If the starter motor is not engaging then the most likely symptoms are that the car won’t start or you may hear a clicking or grinding noise when you try to start the engine.

4 Common Reasons why a starter spins but is not engaging

The starter motor is a simple mechanical device that is designed to turn the flywheel of the engine so as to create enough compression to start the engine.

If the starter is spinning but not engaging then this means that although the motor itself is spinning, it may not be generating enough power to engage the bendix with the flywheel.

When a starter is working properly, a current is applied to the starter solenoid and this allows the coil located inside to generate a magnetic field. This magnetic force moves the contacts that close the high current switch, engaging the starter motor with the flywheel and generating enough force to start the engine.

Here are a few common reasons why the starter will spin but won’t engage or start the engine.

One of the most common symptoms of a starter that is not engaging is a faulty bendix. The starter bendix is made up of the small pinion assembly that is connected to the starter motor body. This pinion moves in and out to engage and disengage the flywheel.

If the starter motor bendix is not operating properly you will likely hear a clicking or grinding noise that indicates that it is not engaging with the flywheel as it should. If this happens the car may or may not start properly and the starter bendix may stay out even after the engine has started resulting in a loud noise and possibly smoke if it overheats.

Over time they can become corroded and can get stuck in the on or off position. If the contacts don’t move when power is applied to the solenoid (when you turn on the ignition), this will cause the solenoid to spin but the bendix pinion will not move into position so it will not engage with the flywheel.

Similarly, the contacts can get stuck in place, causing the starter to stay engaged, and damaging the bendix and flywheel.

Another often overlooked cause of a starter motor not engaging is a weak or not fully charged battery. All batteries are designed to output a certain amount of power necessary to start the engine. This power output value is referred to as cold-cranking amps (CCA) and it varies from car to car. On most modern cars the CCA is at least 400, and larger vehicles and those with diesel engines may need a battery that can give over 800 CCA.

If the battery is starting to fail or has not been fully recharged after the last engine start, then the amount of starting power it can provide will diminish considerably. When it comes to powering a starter motor, the symptoms of a weak battery include a clicking noise and a starter that spins but fails to engage with the flywheel. A fully charged battery should have a voltage of around 12.6 volts. In most cases, if it is below 12.35 volts, then it is considered to be 50% charge. Once the voltage goes below 12 volts it is unlikely to have enough power to start a modern vehicle.

Starter spins but not engaging – What should you do next?

The starter motor is not always easy to access as it is usually fitted low down on the engine block so that it can engage with the flywheel. If you can hear the starter spinning but it is not engaging or the vehicle is not starting then there are a few simple checks you can carry out before you need to remove the starter from the vehicle.

1. What does it mean when your starter just spins?

2. How do you tell if its your starter or your battery?

You can tell if it’s the starter or battery at fault in a few ways. Start by testing the battery with a voltmeter or multimeter to see if there is enough power in the battery to start the car. The voltage should read at least 12V to be certain it will start the engine. If you are unsure about the battery then try jump-starting the car. If the car starts when jump-started then it’s not the starter that is at fault. You could also try charging the battery if you have access to a battery charger.

If the battery appears to have enough power to start the vehicle, then you may need to remove the starter for further inspection, especially if the battery checks out ok and the starter is making a whining or clicking noise when the ignition is turned on.

Yes, starters can just stop working. Usually, a starter solenoid will be the first part to go. This is because the solenoid has a lot of small movable parts that can become corroded over time. The internal contacts can stop moving or the magnetic coil can stop generating enough power to move the contacts if it becomes corroded enough.

The starter motor itself is usually pretty resilient to old age but the moving bendix can become stuck in and not retract when power is removed. This can cause damage very quickly to the bendix and the flywheel causing the starter to break immediately.

4. How do you know if your starter is bad or your alternator?

If the battery checks out ok, then try to jump-start the vehicle to check if the starter is working. If the car starts ok then check the voltage output of the alternator when the engine is running. It should be at least 2 volts higher than the battery voltage when the engine is off, this is usually around 14.8 volts or higher.

If the vehicle won’t start with a jump start, and the battery is ok then it’s more than likely the starter. If the starter makes a clicking or whining sound when you turn on the ignition, but the engine won’t start then the starter will need to be removed and tested.