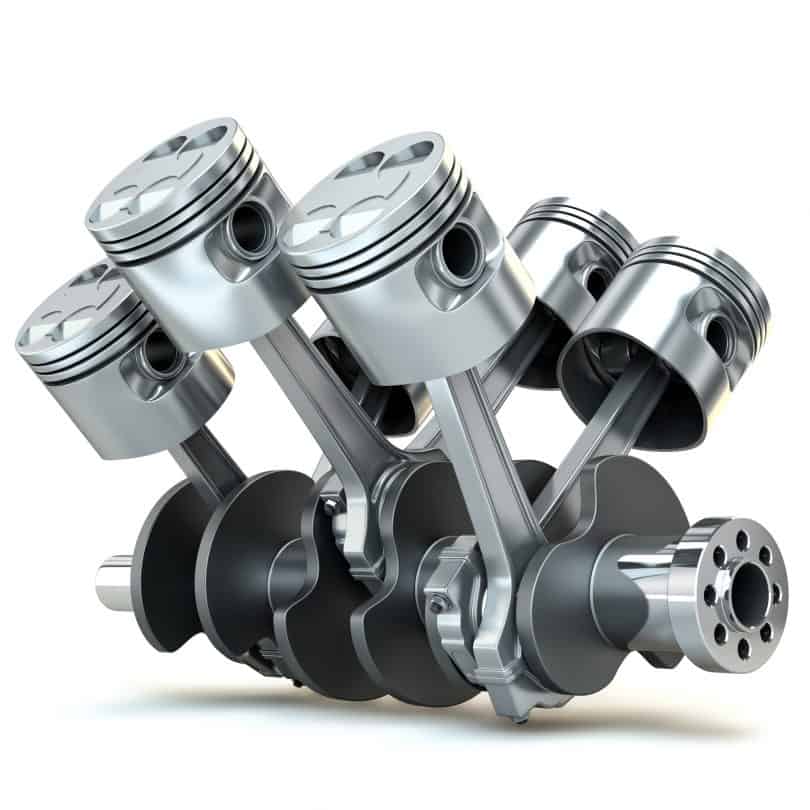 What is Engine Rod Knock?

Rod knock is the banging noise that is created by the crankshaft as it rotates within an engine rod that has worn out or loose rod bearings (also called crankshaft bearings).

As an engine gets older, components can start to wear out and strange noises can appear, some more serious than others. One of the most serious is related to the wear of the piston rods, and it is commonly referred to as rod knock.

Rod knock noises usually get louder as the engine revs higher. If not caught on time, rod knock can be expensive to fix and in a worst case scenario, can write off an engine.

Rod Knock, what is it?

The most common cause of rod knock is lack of adequate engine lubrication. This can be caused by not having enough engine oil, using the wrong engine oil or by not changing the engine oil regularly.

It's actually rare for rod knock to occur on properly serviced vehicles, that are maintained regularly on schedule, even if they have high mileage.

These bearings wrap around the crankshaft, protecting it from the rod bearing end. The bearings facilitate a frictionless rotation of the crankshaft within the connecting rod end by keeping the surfaces lubricated with oil. The gap between the bearings and the rotating crankshaft is manufactured to a specific tolerance, that allows a thin film of oil to cover the bearing surface so that it does not directly touch the crankshaft surface as it rotates.

If the connecting rod bearings are not kept lubricated with fresh oil, or if the engine is run hard over its lifetime, then they will wear down enough that the film of oil no longer keeps them lubricated and they now touch against the crankshaft as it rotates.

But what causes the rod bearings to become worn or damaged in the first place?

The number one reason why engine components wear out prematurely is because of inadequate lubrication. This can be caused by letting the engine oil level drop too low or by not changing the engine oil regularly.

The crankshaft, connecting rods and bearings are manufactured to minute tolerances and must operate in cramped conditions under high pressures and temperatures without actually touching each other.

The connecting rod bearings are kept lubricated by a thin film of oil that is fed from a lubrication hole in the crankshaft. If the viscosity of the oil is not correct, this will affect the amount of oil available for lubrication and how well it actually lubricates the bearings.

2.Driving the engine too hard or in the wrong gear

Another cause of engine rod knock is engine abuse. This can lead to damage and wear of the rod cap that in turn increases the gaps between the rod and the bearings.

How to identify rod knock

Rod knock can be described as a low pitched knocking sound which can be heard low in the engine. It will increase in frequency as the engine speeds up, but can usually be heard at any engine speed.

If you hear a knocking sound that seems to disappear after the engine warms up, it's probably not a rod knock.Instead, it may be something as innocuous as a leaking exhaust gasket.

If you believe you can hear rod knock, you should seek a second opinion from a trusted mechanic. A rod knock is an expensive fix, so you need to make sure of what it is prior to diving in head first.

How to check for rod knock

It's not easy to correctly diagnose rod knock, as it involves stripping down the engine to get access to the rods and rod bearings.

The easiest way to get to the rods where they attach to the crankshaft is by gaining access from underneath the engine. It's usually possible to see the bottom of the rods by removing the oil pan from the underneath of the engine.

Many vehicles have an oil pan that is bolted onto the engine, as opposed to being part of the engine block. The oil collects here when the engine is not running, and it has a sump plug that can be removed to drain the oil from the engine.

It's not always possible to remove the oil pan (oil sump) easily. Modern cars usually have engine covers, suspension parts and a chassis subframe blocking access to the oil sump retaining bolts. You may find that it's actually easier to remove the top of the engine to get to the pistons and rods.

If you can remove the oil sump easily, then this is the best method of verifying rod knock.

Here are a few tips to help you to successfully identify damage to the rod bearings.

1. Take care when lowering the oil pan away from the vehicle. It may contain parts of the rod bearings if they have broken and this can be a helpful indicator as to what is going on. You may also see copper flakes in the oil pan. Rod bearings are often coated in copper and if they are wearing, the copper will accumulate in the oil pan.

2. If there are no obvious of signs of rod wear, then you will need to inspect the rods more closely. Check each rod for excessive wear or movement by rotating the engine with one hand while holding each of the rods in turn.

3.Even if the rods feel solid it's a good idea to inspect the rod bearings by removing them from the engine. To do this, you'll need to remove the rod caps. The rod bearings should be perfectly smooth with no wear markings

4. With the rod caps removed, check the condition of the connecting rod journals on the crankshaft. This is the part of the crankshaft that rotates inside the rod bearing. If there are signs of wear or damage then the crankshaft will have to be removed to be repaired.

How to repair rod knock

Repairing rod knock is not an easy job.

It involves stripping down the entire engine, and removing all of the rods and crankshaft from the engine. This can only be done with the engine out of the vehicle, and requires the use of some special tools and a certain level of expertise.

Depending on the level of damage that has occurred, the crankshaft may be saved if the rod journals have not been damaged. In this case it may be possible to just replace the rod bearings and rod caps. This may be possible without removing the engine.

There are some repair shops that will attempt to regrind and re-plate the crankshaft journals, but this is a very difficult task and must be carried out to exact tolerances.

Sometimes using a heavier engine oil will help to mitigate some of the effects of rod knock. The higher viscosity oil can help to lubricate the damaged rod bearings and tighten any gaps that have arisen because of wear. It's not a long term solution, but it may help to keep a vehicle on the road for another few thousand miles.

How much does it cost to repair rod knock?

In most cases, the cost of repairing rod knock will range from $2000 to $4000, depending on the vehicle model and the level of damage to the engine.