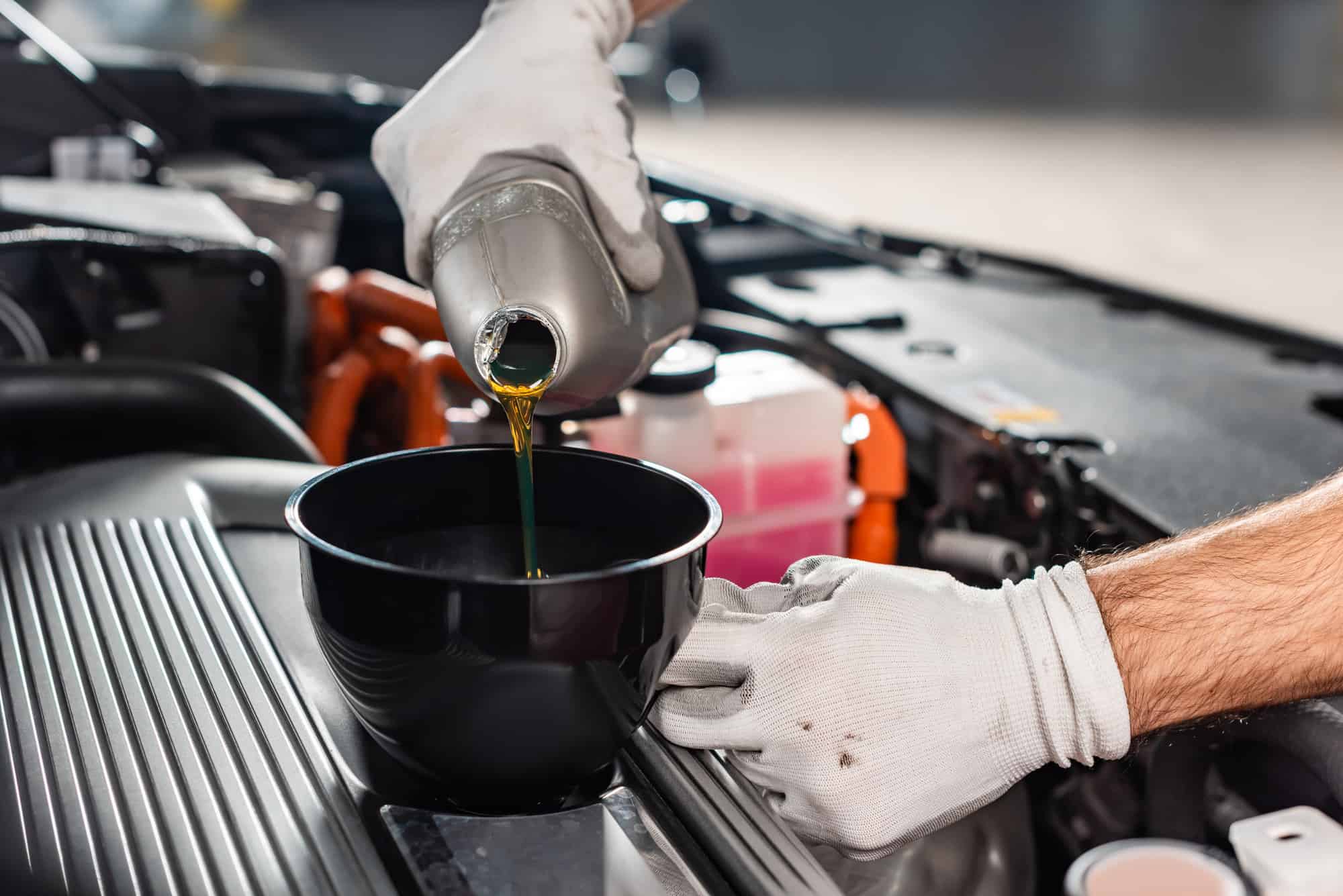 Regularly changing the oil in your car is one of the most important tasks you can perform to keep your car running well. Oil changes are fairly easy to perform, but what happens if you make a mistake, could an oil change stop your car from starting?

If your car won’t start after an oil change, then you may have used the wrong engine oil, refilled the engine with the wrong amount of engine oil, used a low-quality oil filter, or maybe you didn’t refit the oil filler cap securely.

Most car engines won’t run for very long without engine oil as it is vital for lubrication and it also helps to keep the engine cool. If the engine won’t start after you’ve changed the oil, you should check that the correct amount of oil has been added and that the oil meets the exact requirements of the engine and is the correct viscosity.

Can an oil change stop your car from starting (5 Causes)?

Yes an oil change could stop your car from starting if it is not performed correctly or if you used the wrong engine oil or a low-quality oil filter.

Engine oil has always been important when it comes to protecting the many moving parts of an engine. These days, it is even more important as manufacturers try to squeeze extra performance and efficiency out of their engines.

Most modern engines need fully synthetic engine oils that have the correct additives to allow them to survive the extreme heat, pressure, and tight tolerances they are exposed to. If for any reason the engine cannot get engine oil to where it is needed this can quickly cause premature wear and possible damage.

As a result of this, the ECU monitors the engine and can prevent it from starting if there is an insufficient oil pressure detected.

Problems that occur after an oil change are usually caused by using the wrong engine oil, oil filter or by not reinstalling parts that may have been removed. Here are the most common causes in more detail.

Using the wrong engine oil could result in the engine not starting, especially if it is a newer engine that has very specific engine oil requirements.

Modern synthetic engine oils are complex liquids that contain a variety of additives that are designed to protect the engine across a wide range of driving conditions. It is really important that the correct specification of oil is used in the engine to prevent long-term damage from occurring.

A very important part of the oil specification is the oil viscosity, especially when it is cold. Most of the wear and potential damage to an engine occurs on a cold engine startup. It usually takes a few seconds for the oil pump to deliver oil from the crankcase around the engine. The weight or thickness of the oil when it is cold can affect how quickly it travels around the engine and how effectively it coats the engines’ inner surfaces.

If a heavier than recommended viscosity oil is used, this can prevent the engine from starting. Cold thick engine oil can make the engine harder to turn over, and if the oil pressure is insufficient the ECU may prevent startup to protect the engine.

Cause 2. Not enough engine oil added

If you don’t refill the engine with the correct amount of engine oil, this can affect the oil pressure within the engine and the engine may not start.

When your car is running, engine oil is pumped around the engine by an oil pump that is usually located in or near the oil sump. The ECU keeps track of the engine oil using two main types of sensors, the oil pressure sensor, and the oil level sensor.

Cause 3. Oil filler cap damaged or not refitted

Oil filler caps on modern cars are made from plastic with a rubber inner seal. Older engines may use a metal cap with a seal. In general, plastic oil filler caps are fairly resilient and can last the lifetime of the engine. However, the rubber seal may start to harden and can crack on older engines. This is caused by the high engine temperatures it is regularly exposed to. If the seal fails completely, this can lead to engine oil leakage and even a drop in oil pressure.

If when changing the oil, the filler cap is not refitted tightly or at all, then this can cause a lack of oil pressure or a significant loss of oil if the engine manages to start. Leaking oil can cause damage to other nearby engine parts such as the alternator, the timing belt, or the ignition coils that can also prevent the engine from starting.

Cause 4. Oil filter not changed or the wrong type of oil filter fitted

Fitting the wrong specification oil filter or not replacing an old worn oil filter can have a detrimental effect on the flow of oil within the engine that can prevent the engine from starting.

Generally speaking, an engine will use a specific type, shape, and size of oil filter. Some engines use a spin-on filter that connects to the outside of the engine near the sump, or an engine may use a filter element that is slotted into an oil filter housing. It’s important to choose the right size filter to prevent leaks and to maximize the filtering efficiency of the filter. It’s also important to choose a good quality filter that will remove and retain contaminants from the oil.

The wrong oil filter can potentially block the passage of oil within the engine leading to a large drop in oil pressure that will prevent the engine from running properly. Generally, engines will have a safety bypass if the oil filter becomes completely blocked but this will lead to unfiltered oil traveling around the engine. Similarly, a blocked oil filter that has not been changed when necessary can restrict the flow of oil and won’t adequately filter debris from the engine oil.

Cause 5. Damage to wiring or a sensor

If an engine component such as a sensor or sensor wiring gets damaged during the oil change process, this may trigger the check engine light and result in the engine not starting.

Changing the oil on modern vehicles usually involves removing some plastic covers and possibly moving aside some hoses or wiring to gain access to the oil filter or the oil sump drain bung. If you are not careful it is possible to cause damage while carrying out an oil change.

Usually the oil filler cap and drain bung are easy to access and you may only need to remove a plastic cover. The oil filter can be more difficult to remove on some engines. Removing the oil filter may require reaching down within the engine bay to grip the filter or to remove the filter housing cap. If the engine won’t start after the oil has been changed and you’ve got a check engine light on the dash, double-check that there is no loose or damaged wiring near the oil filter. You should check that sensor wiring or coolant hoses have not become trapped under plastic covers when they have been refitted.

Car won’t start after an oil change – What Should You Do Next?

If your car won’t start after you have finished an oil change then there are a few things you can easily check that will usually help to resolve the problem, depending on the exact symptoms.

If there is a check engine light on the dashboard then this means that the ECU has detected a fault somewhere in the engine and this could be preventing the engine from starting. Sometimes the problem may be as simple as a loose connector or a detached hose.

1. Can an oil change cause engine failure?

Yes, if you use the wrong specification engine oil or the wrong amount of engine oil, this can cause the engine to fail prematurely.

Engine oil is vital for engine lubrication and engine cooling. Engine manufacturers will always specify an exact type of engine oil for their engines. If the wrong engine oil is used, this can cause engine failure.

Engine oil can be ‘wrong’ if it is not the right viscosity and does not have the right mixture of additives. This can affect how well the oil performs by reducing its ability to lubricate effectively, especially straight after engine startup. If the engine oil is not lubricating as it should, then this will lead to excessive wear within the engine and engine failure over time.