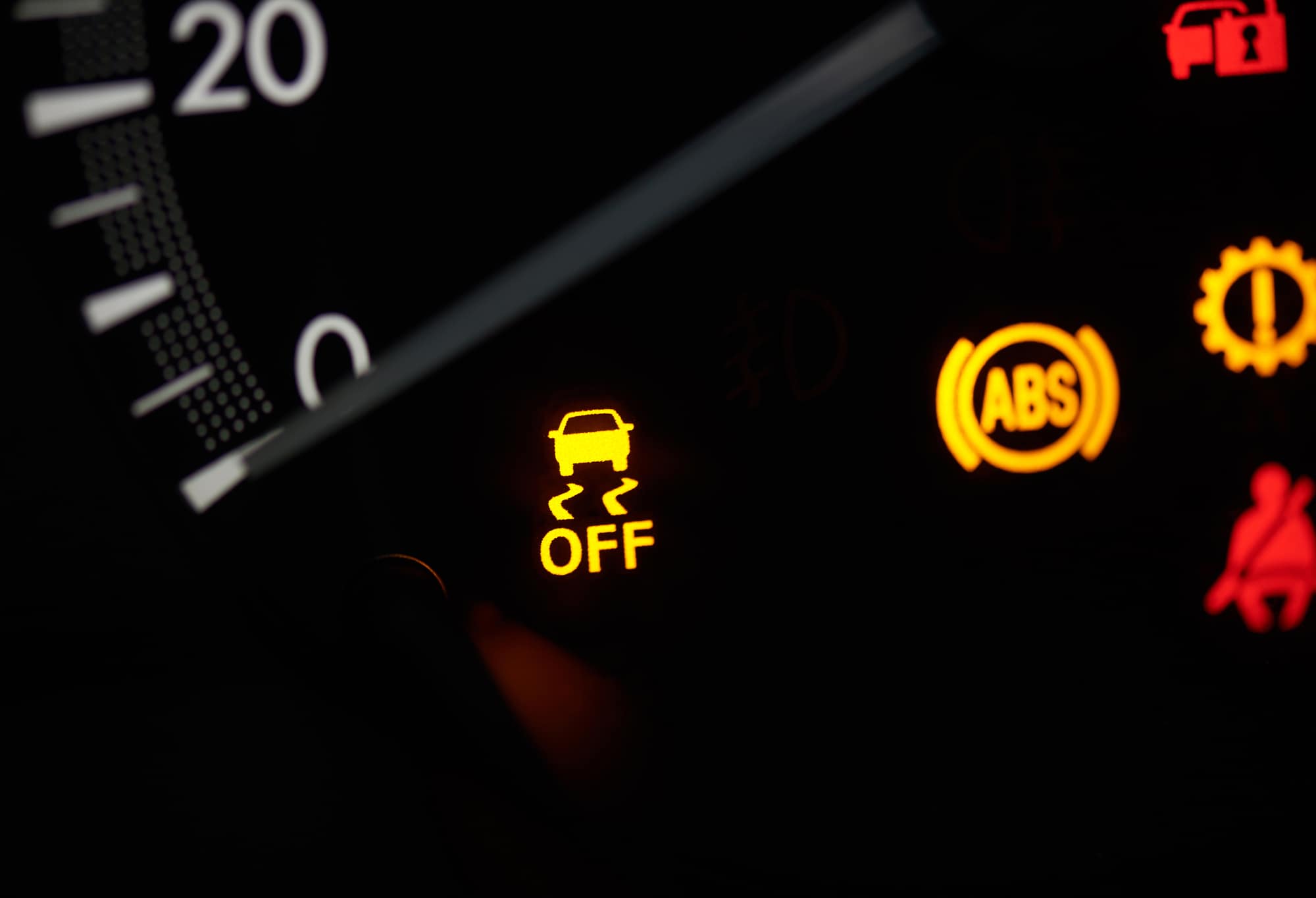 You may have noticed the ABS light flashing on and off when driving in bad weather conditions or on a rough surface. This is normal and is just your car responding to the road conditions. However, sometimes the ABS or traction control lights comes on when they’re not supposed to and for no apparent reason.

The easiest way to diagnose a problem with the ABS system in your car is to perform a diagnostic reading of error codes stored in the ECU. But what if there are no codes stored, how do you figure out what the problem is?

6 Reasons Why The ABS Light Comes On With No Codes

Sometimes the ABS system will activate when you don’t expect it to. This is often caused by a problem with parts that are not actually part of the ABS system itself. This means that an error code will problably not be triggered or stored in the ECU, making it more difficult to troubleshoot the problem.

Here are a few of the most common reasons that the ABS light comes on when it’s not supposed to.

The ABS and traction control systems on most cars consist of a central module to which four sensors (one at each wheel) are attached.

Each sensor is connected to the ABS system within each wheel arch, and run along the suspension to the back of the wheel hub where the tip of the sensor is attached.

The wiring that is situated behind each wheel is exposed to all types of weather along with any dirt and debris that is on the road. Constant exposure to water and then heat (from the brakes and weather) can take a toll on the speed sensors and wiring causing damage to the outer casing and to the sensor itself.

It’s also possible for the sensor connector to become damaged or loose over time, resulting in an intermittent connection that can cause the ABS light to come on unexpectedly.

Another very common reason for the ABS light to flash on unexpectedly is because of tires that are nearly worn out or have worn down unevenly. This is a common problem with performance cars and rear-wheel-drive cars that produce a lot of torque when pulling away.

The simple reason for the ABS system activating is lack of grip. When tires are nearly worn out or have worn unevenly (worn more at the sides or middle), they are less effective at gripping the road surface.

This can cause the tire to slip and this fools the ABS system into thinking that the vehicle is losing control. The ECU will not record any error codes in this case as the ABS system is operating as expected and the fault lies with the tires.

If the wheels are not properly aligned, this can also trigger the ABS system unnecessarily in certain driving conditions. Again, the ABS system thinks the car is slipping or sliding and is activated to help mediate the apparent danger. The ECU won’t record any error codes but there is obviously a problem that needs fixing.

In reality, what is happening is that the tires are temporarily loosing grip because the wheels are out of alignment, which in turn triggers the ABS or traction control.

If new tires are fitted without performing a proper wheel alignment, this problem will reoccur as the tires begin to wear unevenly.

Most ABS systems use a metal ring called an ABS ring or reluctor ring attached to each of the wheel hubs or driveshafts. This ring allows the ABS sensor to calculate the speed of each wheel.

The ABS ring has notches cut in it that modulate the signal being read by the ABS speed sensor. This allows the sensor to figure out the speed of each wheel and to activate the brakes using the ABS or traction control system if a wheel is going too fast or slow compared to the other wheels.

Sometimes the ABS ring can rust and start to swell, or dirt can become trapped in the cutouts. A damaged ABS ring will mess with the signal that the ABS speed sensor is sensing. This will then cause the ABS light to come on when it is not supposed to.

The sensing tip of each ABS sensor located at each wheel hub is situated a few millimetres from the ABS ring that it is associated with. If the ABS ring rusts and swells it can actually start to rub against the ABS sensor and damage it . This can also cause the ABS light to come on but may not trigger an error code until the sensor is completely broken.

As previously mentioned, the ABS speed sensors are exposed to all sorts of bad weather and driving conditions that most other sensors are protected from. This makes them much more likely to fail over time, resulting in a problem with the ABS system and the ABS light on the dashboard.

It’s not uncommon for ABS sensors to start registering false readings as they begin to fail. This will often cause the ABS system to become activated when it’s not necessary. To begin with, this will not be registered as an error code with the ECU as the sensor is still functioning, albeit incorrectly.

Once you start to get false ABS sensor readings, it may take a few weeks for the sensor to fully fail. The ECU may not register the sensor fault until the sensor fails entirely, so you may not see any error codes until then.

You may think that wheel bearings have nothing to do with the ABS or traction control system. However, a bad wheel bearing can play havoc with ABS sensors.

Wheel bearings can fail for a number of reasons, but most of the time failure is due to wear and tear, loss of lubricant from inside the bearing and rust buildup. As a wheel bearing starts to fail, it may start to wobble or rotate unevenly. This can affect the ABS sensor in two ways.

Firstly, the wobble or extra movement in the bearing can physically damage the ABS sensor. Most ABS sensors are fitted to the hub near the back of the wheel bearing. It’s important that the ABS sensor is kept firmly in position so that it is protected from damage and can take an accurate reading when the wheel is rotating. If the bearing allows the hub to move around more than it should, then this can damage the sensor or stop it from precisely reading the rotation of the ABS ring.

The second way an ABS sensor can be affected by a bad wheel bearing is by damage caused by leaking lubricant and rust build up. The ABS sensor needs to stay clean to work properly. Sometimes a leaking wheel bearing can contaminate the ABS sensor and cause the ABS light to flash on and off unexpectedly.

It can be difficult to find the cause of the ABS light coming on if there are no error codes that point to a problem with a particular ABS sensor.

If the light comes on every time you drive the car, then you’ll need to get to the bottom of the problem sooner rather than later.