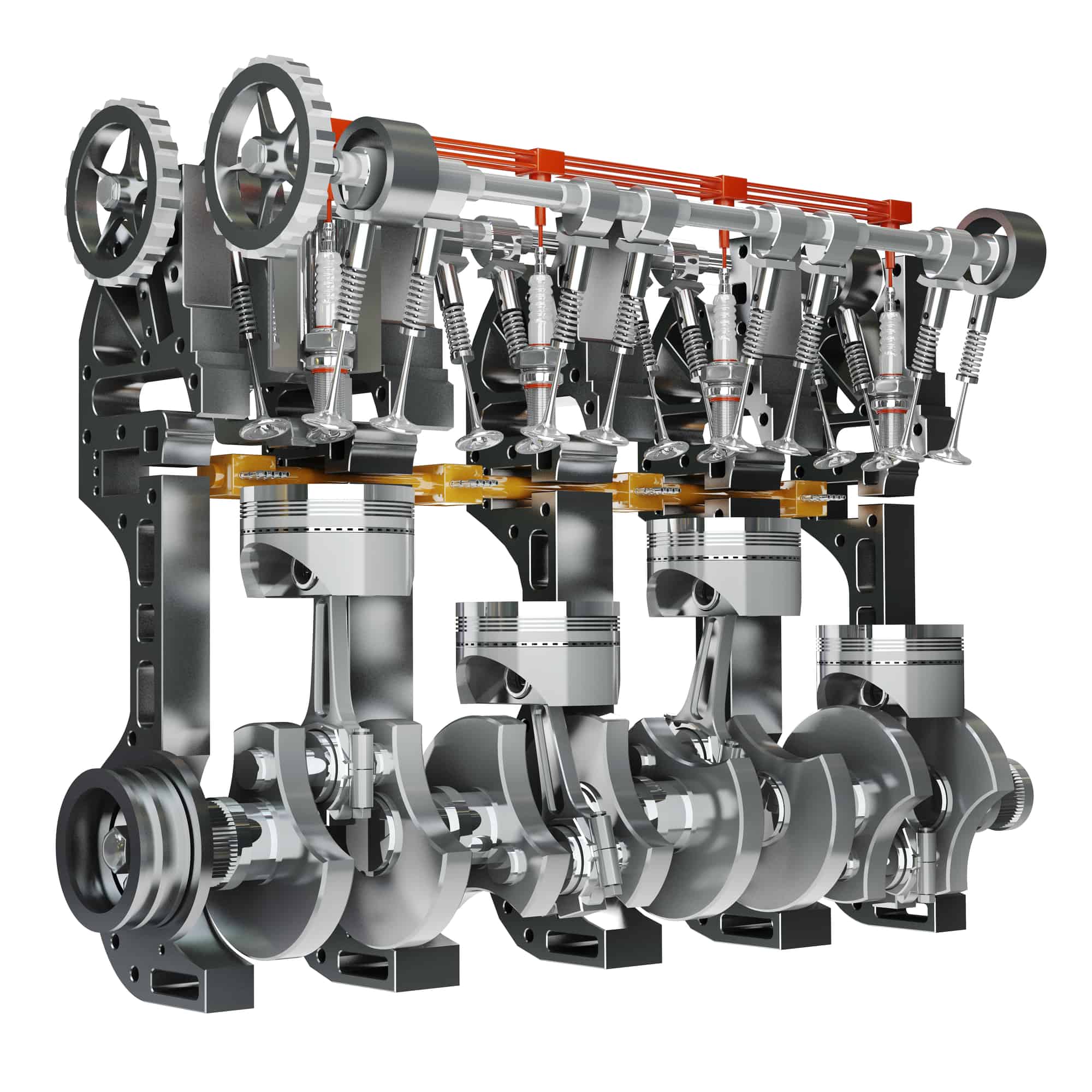 Worn valve seals and bad piston rings can both cause your engine to burn oil. It’s a common enough problem with older engines and one that should be dealt with to avoid engine failure. But how can you tell if the problem is with the valve seals or the piston rings?

As a general rule, if the piston rings are bad then you will get continuous blue smoke from the exhaust when driving, which increases with increased RPM. If the valve seals are worn then the blue smoke will only be there when you first start the engine from cold or when you accelerate after the engine has been idling.

Sometimes, it can be difficult to tell exactly where the oil is leaking from without taking apart the engine, but generally, worn valve stem seals will leak more when the engine is cold. Sometimes if the valve seal is really worn then you may get blue smoke from the exhaust when you start driving after idling for a few minutes.

How Do I know if I have worn valve seals or bad piston rings?

Bad valve seals and bad piston rings will both cause excess burning of engine oil. The trick to figuring out which seals are causing the problem is to identify the amount of smoke coming from the exhaust and when exactly the oil is being burnt.

Worn valve stem seals will usually only leak a significant amount of oil when they are cold or when under extreme pressure. So generally speaking, valve stem seals will leak when the engine is cold (for example at first start-up in the morning) or when you start accelerating from idle or from low speeds.

Valve seals are normally made from a mixture of high-strength rubber, PTFE, and nylon. The resulting compound is highly resistant to heat and abrasion. However, they can harden and crack over time, resulting in a loss of their ability to seal the valve stems.

This leakage will be worse when the seals have shrunk slightly due to the cold. When the engine warms up, their expansion can help the seal to perform better.

Worn valve seals will also leak when they are under high pressure. When idling, the idle air control valve closes, creating a high vacuum in the manifold forcing engine oil around the seals. When the engine accelerates, this oil is then sucked into the top of the cylinders past the valve seals. This oil settles in the combustion chambers of the engine and usually burns off fairly quickly when you start driving again, creating a temporary plume of blue smoke from the exhaust.

Piston rings are cast iron or steel split rings that are fitted to the pistons in your engine. Most cars have at least 3 piston rings per piston and their job is to seal the combustion chamber and control the amount of oil that is allowed to lubricate the piston. They generally have a limited lifespan and can fail if they become contaminated by a build-up of contaminants from worn engine oil or combustion deposits.

Worn piston rings can not adequately seal the piston crown within the combustion chamber, and this will allow oil to find its way into the cylinder and burn when combustion occurs. Usually, worn-out piston rings will let a small continuous flow of oil into the fuel-air mix, resulting in a continuous blue color in the exhaust fumes.

In most cases, the oil leakage is caused by excessive wear of the oil control (scraper) piston ring. The oil control ring is oval in shape and its job is to scrape the oil from the cylinder wall and push it back down into the crankcase via the cylinder oil return holes.

Bad valve seals and bad piston rings both display similar symptoms when the engine is running. Excessive oil consumption and blue smoke from the exhaust are both signs that engine oil is being burnt in the combustion mix. However, there are differences in the symptoms as follows:

If however your car is consuming a large amount of oil and is producing a continuous stream of blue smoke from the exhaust when driving, then this points to a worn-out seal or gasket. In general, a worn-out piston ring will cause more oil consumption than a worn valve seal. Along with the tell-tale blue smoke, if there are no obvious oil leaks on the outside of the engine or on the pavement, you can assume oil is getting into one of the combustion chambers and is being burnt off from there.

3. Lack of power under acceleration

Both a valve seal leak and piston ring leak will affect the performance of the engine. It is usually most noticeable under acceleration with an overall lack of power being the most common symptom. The lack of power is caused by a lack of pressure build-up in the affected engine cylinder. If the combustion gases are leaking from the cylinder, then compression will drop, leading to a drop in power output.

Performing a compression test will usually indicate if the piston rings are worn out or not. A low pressure reading usually points to a worn-out piston ring, whereas a higher reading that is near the normal range can point to a valve seal leak.

What next – How To test for Worn valve seals or bad piston rings ?

If your car is burning oil, has blue smoke coming from the exhaust, and has no obvious external oil leaks, then it is more than likely leaking oil internally.

It’s usually fairly easy to locate and diagnose a worn valve seal or piston ring. The most common technique used by mechanics is a compression test. This measures the amount of compression buildup in each of the cylinders. A lower than normal compression reading will usually point to a problem with a seal within the engine.

Bad piston rings can make a range of sounds depending on the level of damage to the rings and to the piston. Most of the time the noise will range from sounding like a deep thudding noise to a metallic knocking sound. The noise will be linked to the speed of the engine, so increasing the revs will increase the frequency of the sound.

Ultimately, checking for bad piston ring sounds is not the best way to diagnose bad piston rings. Lots of other things can make the same sound. Some mechanics recommend dropping some oil into each engine cylinder to see if the extra lubrication decreases the intensity of the noise coming from the piston. This may help to narrow down the investigation, but you will still need to take apart the engine to inspect the piston rings in order to make a definite diagnosis.

2. Is it bad to drive with bad valve seals?

Yes, it is bad to drive with bad valve seals. Bad valve seals allow oil to leak from the head down into the engine cylinders where it can burn up and exit via the exhaust. If a lot of oil is leaking, then the spark plugs will become contaminated with oil and over time the tips will become clogged up with burnt oil deposits affecting engine performance.

There is also a chance that some residual oil will escape via the exhaust valve and contaminate the catalytic converter. You will also need to keep an eye on the engine oil levels and keep it topped up so that it doesn’t drop too low.

3. Can you replace valve seals without removing the head?

Yes, it can be possible to replace valve seals without removing the head, it all depends on the engine and the type of valve seals you are replacing, deflector or positive seals.

Replacing the valve seals will involve removing the valve cover along with any other covers and hoses that may be across the top of the engine. Once you have access to the valves, you will need to replace the seals one cylinder at a time.