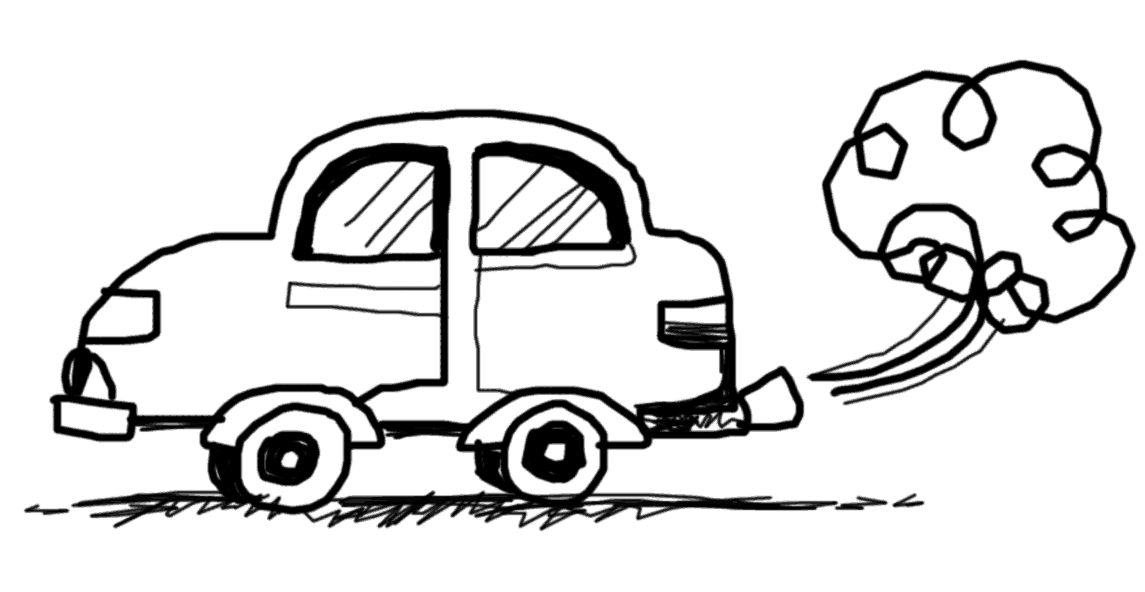 AdBlue is a colourless liquid that looks like water. It is composed of 67.5% distilled water and 32.5% high grade urea. It works by converting the harmful nitrogen oxides in the exhaust fumes to nitrogen (N2) and water (H2O).

Why is Adblue Necessary?

With the age of the electric car almost upon us, the diesel engine is inevitably entering it’s golden years before it chugs off into an ‘exhaust fume-filled’ sunset.

But before it goes, car manufacturers must keep them on the road for another few years.

The diesel engine has in recent years, been under the ever increasing focus of governments in the EU and the United States. Every year we see more and more legislation that introduce even tighter restrictions on vehicle emissions.

To keep their diesel cars on the road, manufacturers need to reduce the harmful emissions that these engines produce, particularly nitrogen oxide and nitrogen dioxide.

One method that has been used for over a decade in heavy goods vehicles, buses and similar sized vehicles, is the Selective Catalytic Reduction (SCR) system.

In recent years, manufacturers have been fitting this system, in tandem with Diesel Particulate Filters to their road cars, and this is where AdBlue® enters the picture.

What is Selective Catalytic Reduction (and why is it important now more than ever)?

Selective Catalytic Reduction (SCR) is an active emissions control system. It works by injecting a liquid-reductant agent (AdBlue) into the exhaust of a diesel engine, as a means to help reduce the nitrous oxide emissions produced by the engine.

The reason the Selective Catalytic Reduction system has become so popular in Europe is down to the ever tightening emission control legislation that has been passed by the EU in recent years.

Euro 6 emission regulations have put vehicle manufacturers under enormous pressure to reduce dangerous emissions by over 50% (compared to previous regulations) The only real way to meet the new requirements is to fit an SCR system with a Diesel Particulate Filter.

Euro 6 is a set of standards from 2015 that set the legal limits for exhaust emissions in Europe. It sets restrictions on how much nitrogen oxide (NOx) and hydrocarbon gases may be emitted by a vehicle per kilometre of distance travelled.

What is AdBlue and how does it work?

AdBlue is what we call a Diesel Exhaust Fluid (DEF).

​It is made from distilled water and high grade aqueous automotive urea. It is a fairly harmless product, as it’s biodegradable, non-flammable and it won’t explode when transported. It’s also non-toxic and if you happen to get some of it on your hands, it can be removed by washing with water.

It is produced from a high purity urea solution. The urea is a man made product, produced by exposing synthetic ammonia and carbon dioxide to heat. It is also found in other everyday products such as toiletries and cosmetics.

Before it can be used, the urea is diluted using a special demineralized water. It is important that the correct water is used so as not to damage the car’s selective catalyst

The SCR system works by injecting the DEF (AdBlue) from the exhaust fluid tank tank into the exhaust pipe. The AdBlue is heated in the exhaust, and changes into ammonia (NH3) and carbon dioxide (CO2).

The nitrogen oxide (NOx) gases from the engine then react inside the selective reduction catalyst with the ammonia from the AdBlue. The resulting products are harmless nitrogen and water, which is released to the atmosphere via the exhaust as steam.

How Do You Use Adblue?

If your car is fitted with a selective catalytic reduction system, then it will also have a tank that you must fill with diesel exhaust fluid.

This tank can usually be accessed beside the fuel tank filler cap, and topping it up is as simple as opening the lid and pouring from the bottle into the tank.

Your car will also have a gauge or dashboard monitor that will allow you to easily keep track of fluid levels, so you don’t run out.

If you’re driving a standard sized family car, you can expect to have to replenish the AdBlue around every 1000km (600miles) or so. So for example, if you have 1.6 diesel engine and you are doing mostly motorway driving, you could be filling the tank every time you fill the car with diesel.

What happens if you run out of Adblue?

Most manufacturers will design the car to not start if the exhaust fluid tank is empty. This is to stop owners from driving illegally without the additive.

If you do run out, topping up is as simple as adding more fluid. So if you regularly drive long distances, like most diesel drivers, you should always keep a bottle handy in case you run low.

Where do you buy Adblue and how much does it cost?

Because of increasing popularity, AdBlue is now widely available from motor store chains, garages, fill-up stations and even from large supermarket chains.

For private cars it’s usually available in 5 to 20 litre bottles, and generally the more you buy in one go, the cheaper it is per litre. So if you cover a lot of mileage in your car, it is definitely worth shopping around and buying in bulk.

A word of warning, don’t be tempted to use the commercial pumps to fill your car. These pumps operate at a much higher flow rate and you could quickly overfill the tank and damage your car.

Can You retrofit an adblue tank to a diesel engine?

If you own an older diesel car, that maybe has a Euro 3 or Euro 4 engine, retro fitting a selective catalyst reductive (SCR) system is sometimes an option if you want to reduce emissions.

The retro fitting of an SCR and DPF (diesel particulate filter) together to buses, coaches and other heavy vehicles, has been successful in many European countries such as the UK and Sweden.

There aren’t as many options for standard passenger car engines. Often, if the car is older (more than 10 years) it may be cost prohibitive to perform a retrofit.

If your car is newer, and has a Euro 4 or 5 spec engine, there is a company that offers a solution. Amminex, a Danish company, recently announced a retrofit system called BlueFit™that was developed for passenger cars.

The system is installed in the spare wheel well of the car and connects directly to the exhaust. The system is different to one installed on new cars in that it consists of an Amminex ASDS ammonia storage and delivery system. There is no tank for refilling with AdBlue. Instead there are 2 or sometimes 3 ammonia cartridges fitted that will last for 15,000 to 20,000 km of driving before they will need replacement.

The  Amminex ASDS system, also uses gaseous ammonia that comes from a solid material stored in these cartridges. Unlike AdBlue, where the ammonia is released by the heat of the exhaust gas, the ammonia gas here is released upon heating using electric energy and/or the engine coolant.

The use of a Selective Catalytic Reduction (SCR) in combination with a diesel particulate filter can reduce:

In Europe however, some of these claims have been called into question.

Before a manufacturer can sell a new car it must be assessed using the New European Driving Cycle (NEDC), which was developed in 1997. This driving cycle is supposed to represent typical driving conditions of a car in Europe, and provide realistic emissions and fuel economy statistics.

Unfortunately, the NEDC has been criticised for not realistically representing real life driving conditions, due to the fact that the tests have not been updated since 1997. Thus rendering the results inaccurate.

On top of that, the recent “cycle beating” controversy that involved top European car manufacturers has not done the NEDC testing any favours.