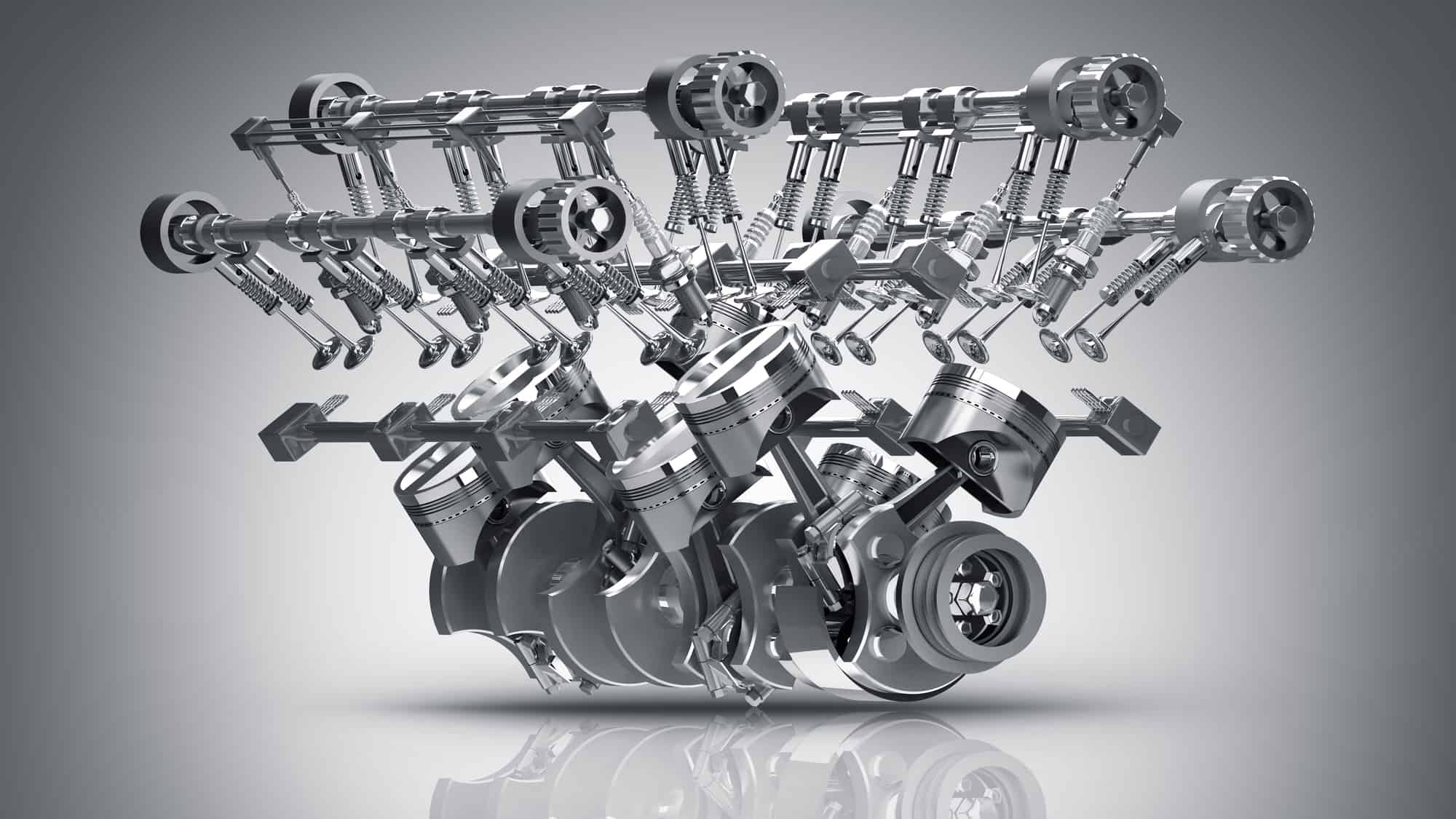 The symptoms of bent valves include an engine that won’t start, an erratic engine when idling, lack of engine power, a knocking noise from the engine and excessive exhaust fumes.

Engine valves are responsible for controlling the fuel delivery and gas removal in your engine. Bent valves are usually caused by a problem with engine timing or a broken timing belt.

If you suspect the valves in your engine are bent or damaged, then you should not try to start the engine or drive the car, as this can cause serious damage to the pistons and engine cylinders.

6 Symptoms Of Bent Valves You Should Never Ignore

Bent valves are not something that occur normally, even on older higher mileage engines. It’s more common to have a problem with valve seals or with burnt valves. These problems are often caused by an improper fuel mix or an engine that is not running properly over a long period of time.

Bent valves occur when there is a serious problem with the timing of the engine. This is most commonly caused by a broken timing chain or timing belt.

It can also occur if the timing belt slips and causes a misalignment of the camshafts and the valves.

The best way to diagnose bent valves is by performing a compression test and by removing the cylinder head.

If you know that there has been an issue with the timing of an engine, and suspect that the valves may be damaged, then there are a few signs to watch out for.

The following symptoms are a sign of minor damage to the valves.

If you suspect that the valves have become seriously damaged then you should not attempt to start the engine before investigating the problem further.

Bent exhaust valves will affect how efficiently exhaust fumes can be expelled from a cylinder. Engine cylinders operate at very high pressures and exhaust valves must open and close at precise intervals to ensure the correct pressure is maintained.

If an exhaust valve is bent or damaged, it will no longer be positioned correctly in the cylinder and the valve head may not create a pressurized seal when it is closed. This will cause an exhaust leak that will almost certainly affect fuel combustion.

If the ECU detects a problem with the fuel combustion process it may try to over compensate by tweaking the amount of fuel delivered to the affected cylinder. This can lead to a cylinder running rich and unburnt fuel leaking into the exhaust.

An engine that is running rich combined with a leaking exhaust cylinder can lead to backfire and popping noises, especially when the engine is under load.

A classic symptom of bent engine valves is low compression in the affected engine cylinder. Low compression refers to the pressure inside of the cylinder when the engine is running. If the pressure is too low this will affect the combustion process as the fuel will not ignite or burn properly leading to low engine power.

A bent engine valve will usually cause low compression because it will not close snugly to form an adequate seal with the cylinder head. This leads to an escape of air or exhaust fumes back into the manifold.

You can easily test suspected low compression by carrying out an engine leakdown test.

Symptom 3 – Engine Will Shake and Cut Out When Idling

As mentioned previously, bent engine valves will affect how efficiently an engine runs (if it runs at all!). If one or more valves have been damaged by something like a broken timing belt, this will affect the performance of the engine, especially at low speeds or when idling.

Cylinder leaks and decreased fuel combustion efficiency are just two of the reasons why the engine may shake, cut out and generally perform badly after damage to the engine valves. Depending on the level of damage to the valves you may be able to continue to drive the vehicle for a short while until it stops running entirely.

It’s vital that engine valves remain lubricated at all times. All engines use a valve seal to allow the stem of the valve to be lubricated with engine while as it moves up and down. The valve stops the oil from entering the engine cylinder, keeping it below the head of the valve at all times.

The valve seals can become damaged or worn by the valve becoming bent. A damaged valve seal will allow a small amount of oil into the combustion chamber every time the valve opens and closes, and this oil will burn off as part of the combustion cycle.

Engine oil getting into the combustion chamber is not good. Not only will it cause an increase in oil consumption, but it will also adversely affect how the engine runs and can cause problems with the catalytic converter if it’s left unchecked.

One of the most common symptoms of bent valves is lack of engine power. This can be caused by a number of reasons, and if left un-repaired can get worse over time.

The main reason why bent valves will lead to a reduction of engine power is because of a reduction in pressure in the affected engine cylinder. This can be caused be a bent valve that no longer closes fully or does not sit properly in the valve seat. It can also be caused by damage to the valve head as a result of the engine running rich.

Increased fuel consumption can often be another symptom of bent engine valves. As we have already seen, bent valves can affect the combustion process, making it much more inefficient mainly due to a decrease in cylinder pressure but also because the valves no longer operate smoothly.

This decrease in efficiency can be interpreted by the ECU as a lack of fuel and as such the fuel to air ratio can be altered by the ECU in response. This increases the amount of fuel that is used by the engine, causing it to run rich.

If the engine utilises variable valve timing, the ECU may also try to alter the timing of the inlet valve to improve efficiency. a bent intake valve can trigger the OBD error code P0011, if the ECU mistakes the problem for a camshaft timing issue.

Symptom 7 – Loud Ticking or knocking noise from the engine

Another very common symptom of bent engine valves is a knocking or ticking noise coming from the engine.

The cylinder head, along with the valves, tappets and lifters all exist in an environment with tolerances that are measured in millimetres. Any damage to the valves can knock out the positioning and smooth movement of surrounding parts. This will invariably lead to noises from the top of the engine that would not normally exist.

Some engines as they get older develop a ticking noise that can often be mistaken for damaged valves. This noise is usually caused by wear to the valve lifters and not the valves themselves.

Worn lifters usually make a ticking noise as opposed to a knocking or clicking sound when the engine is running. The noise will often go away when the engine warms up and usually don’t affect the how the engine performs.

If you suspect that the valves in your engine have become bent or damaged, but you don’t want to strip down the engine just yet, then there are a few simple ways to diagnose the problem.

When it comes to checking the condition of the inside of the engine, there are two basic tests that you can carry out.

The ideal pressure inside of an engine cylinder can vary from engine to engine. In general petrol engines should give a pressure reading of between 80 and 125PSI. There may be a difference in pressure between cylinders if the engine is worn, however the difference should not exceed 10 to 15%.

A compression test is a great test to start with if you suspect bent engine valves. It can give you an idea of the condition of the valves, valve seats, and piston rings and whether the timing of the engine is set correctly.

The second type of test that you can carry out, is a test of how effectively each cylinder in the engine can hold pressure.

This is performed in a similar way to a a compression test, but instead of cranking the engine, the pressure is pumped into each cylinder using a special engine leak-down tester tool.

To perform an engine leak-down test, the piston must be at top dead center for the cylinder you are testing. This ensures that the valves are closed and the cylinder is set up so that minimum leakage should occur. Any leakage that is detected can be attributed to wear or damage to the valves.

The leak-down tester is connected to the cylinder via the spark plug hole and air is pumped into the cylinder usually by compressed air source until the pressure exceeds 100 PSI (this depends on the engine).

The leak-down tester has two gauges, one to tell you the internal air pressure of the cylinder, and the second gauge which indicates the amount of air escaping from the cylinder, read as a percentage value and this should be less than 20%.

Here is a video explaining the leak-down test procedure and how to interpret the results.

Step 3: Strip Down The Engine For Closer Examination

If the pressure and leak-down tests reveal a problem with the valves, then you will need to decide if it’s feasible to fix.

If the leak-down test revealed a leak, then it may be possible to figure out the exact cause of the problem before you take apart the engine.

Once you have identified the source of the leak, the next steps involve stripping down the engine to physically check the condition of the valves, valve seals, pistons and cylinder head.