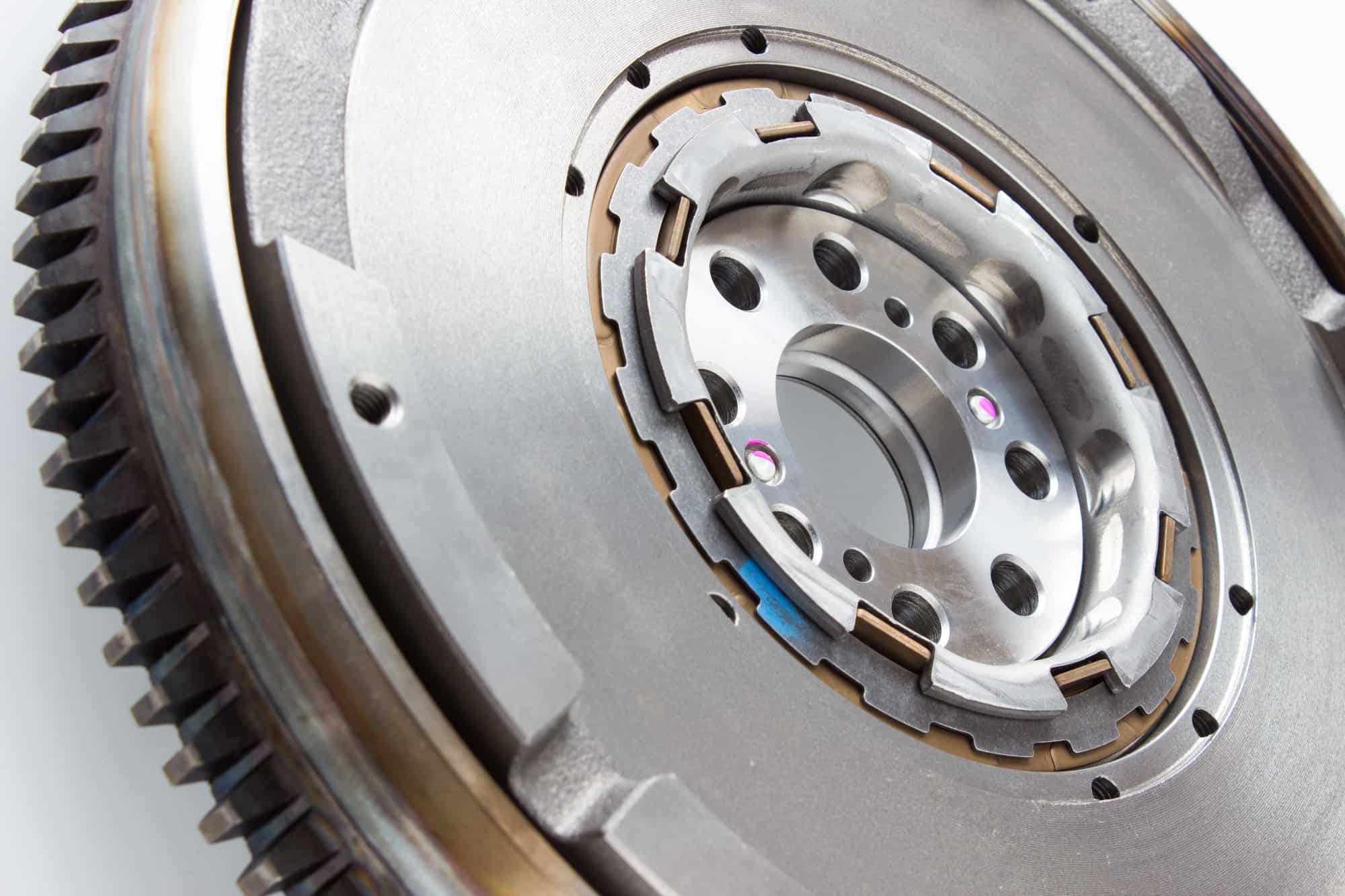 The flywheel is an essential part of the clutch system in your car or truck. It is bolted to the clutch pressure plate and helps to reduce vibrations from the rotating crankshaft. It is also used by the starter motor to turn the engine on startup to generate the compression needed to start the engine.

A properly functioning clutch flywheel is essential when it comes to keeping your car going. If the flywheel is faulty, you will not be able to change gears and the car won't run as smooth as it should.

It can be difficult to pinpoint problems with the flywheel as it is hidden away in the clutch assembly. It can also be expensive to repair, and if it needs to be replaced the entire clutch will usually be replaced too.

In this article I'll explain the common symptoms of a bad flywheel and whats involved in fixing it, including approximate costs.

4 Symptoms of a bad flywheel

How do you know if your flywheel is bad?

The flywheel plays a central role in operation of the clutch. If it starts to fail, you'll almost certainly begin to notice that there is something wrong with the clutch.

Usually, the early signs of a bad flywheel are strange noises and a rough feeling from the vehicle when changing gears. This is because when a flywheel starts to fail it will loose it's smoothness and will start to vibrate.

As the flywheel wears out, it will really start to impact the smooth operation of the clutch and gearbox, and you will definitely notice a problem when you are trying to select a gear, especially when you are accelerating.

When accelerating, the flywheel is put under more strain as the crankshaft speeds up. The faster the crankshaft rotates, the greater the rotational torque on the flywheel. This will amplify the symptoms of the failing flywheel and will usually cause strange noises and a rough ride when you are moving up through the gears.

Here are a few flywheel failure symptoms in more detail:

1. The clutch will slip when in gear

If you experience a slight lack of power or a surging engine straight after you change gears, this can be a sign of a slipping clutch. It is also possible for a worn clutch to slip when driving under load or up a steep hill. 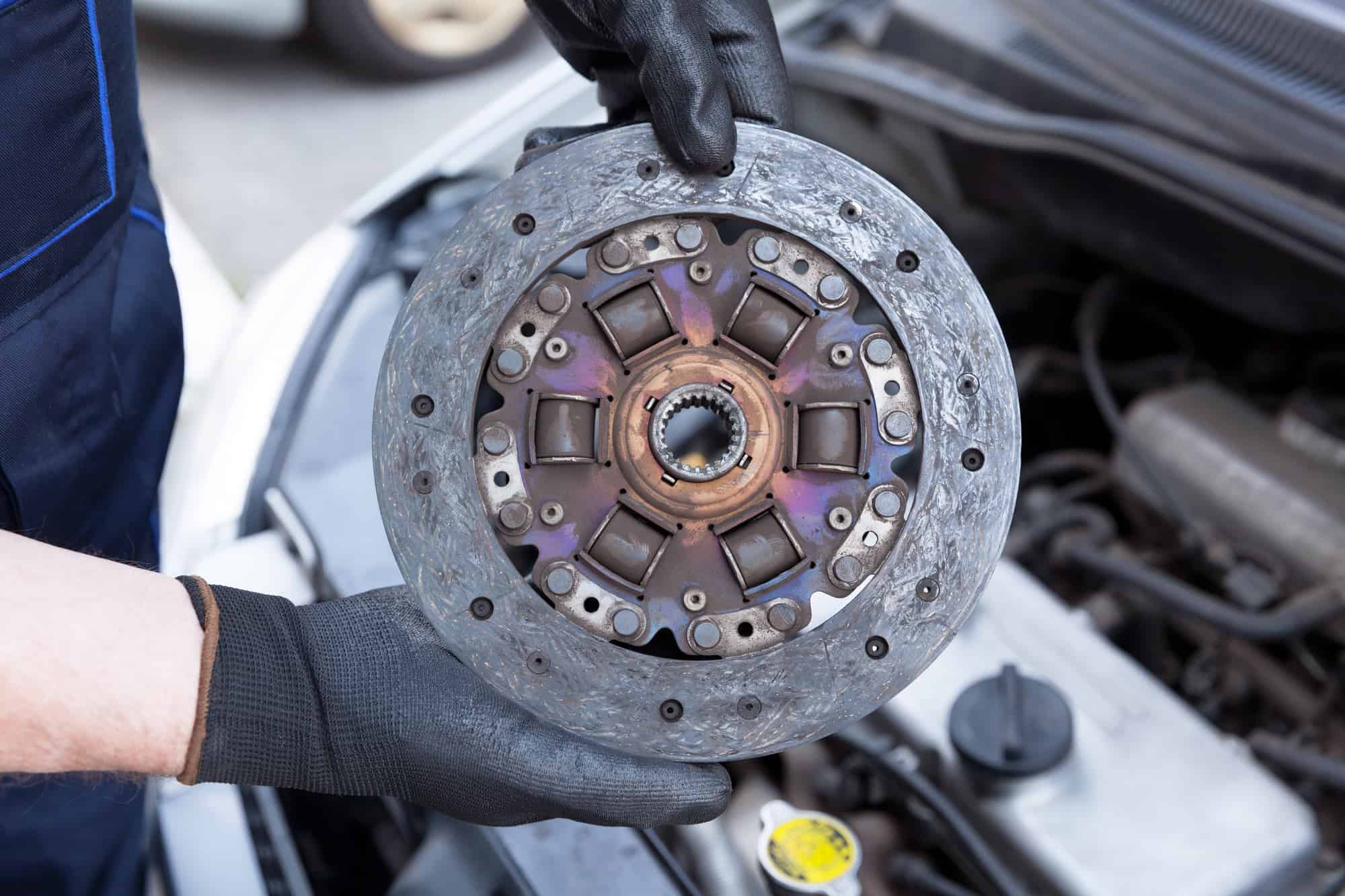 The clutch slipping, is caused by a worn clutch plate or problem with clutch pressure plate, the release bearing or the flywheel. In many cases, a faulty flywheel will cause the clutch friction disc to wear out early.

If the flywheel is not spinning smoothly or is causing jerky gear changes, this can damage the clutch plate, leading eventually to a slipping clutch. This is why it is important to inspect the flywheel for damage or faults when performing a clutch replacement.

A vehicle with a failing flywheel can be more difficult to drive as it can be harder to change gears. This is because the clutch plate is not fully disengaging from the flywheel when you press the clutch pedal.

There can be many reasons why the clutch plate doesn't move fully. It can be caused by a lack of clutch fluid causing low pressure. It can also be caused by a bad clutch release bearing.

If the flywheel is causing the problem, then this is usually because it's cracked or warped. A cracked flywheel will warp slightly at higher speeds and this can cause problems when trying to change gear.

3. A vibration in the clutch pedal

A vibration in the clutch pedal is caused be a worn clutch plate that does not sit flat against the flywheel.

This can be caused by a bad flywheel that is vibrating as it has warped or cracked. The damaged flywheel causes the clutch plate to wear unevenly and this will stop them from engaging fully.

A vibrating clutch pedal is often worse when accelerating or just after you change gears. This is because the crankshaft is increasing in speed and the extra torque and engine vibrations are absorbed by the flywheel and passed to the clutch plate when you take your foot off the pedal.

If there is a problem with the operation of the flywheel and how it is interacting with the clutch plate, then it is inevitable that there will be rattling and grinding noises due to the speed at which these parts move.

One of the more common warped flywheel symptoms is a bad burning smell from underneath your vehicle, especially when the vehicle is under load, going up a steep hill slowly, if you are stuck in stop-go traffic or when reversing slowly.

The burning smell is the clutch plate friction material being worn away as it slips against the surface of the flywheel. If the clutch is operating properly, then the clutch plate should be fully engaged when the vehicle is in gear. If the flywheel is warped or there is a problem with engaging the clutch fully then the plate will slip and will wear away. This will eventually lead to a total failure of the clutch.

can you drive with a bad flywheel?

Yes, sometimes you will get away with driving with a bad flywheel, it all depends on how badly damaged the flywheel is.

If you suspect that there is a problem with the clutch, then you should get it checked out as soon as you can. In most cases, a bad flywheel is eventually going to leave you stranded.

Flywheel problems can also cause damage to the other parts of the clutch, the crankshaft and sometimes the engine itself if it fails catastrophically. This is because one of the roles of the flywheel is to give some balance to the crankshaft as it rotates. If it is no longer doing this effectively, then the engine will vibrate more you'll be able to feel the shakes as you drive. A rough engine is going to underperform and may cut out when idling.

A damaged flywheel can also make an engine more difficult to start. The flywheel is made from really tough materials, but sometimes they can crack, warp or even loose some of their outer teeth. If the outer teeth become damaged then the starter motor may get jammed or may not be able to turn the flywheel to start the engine.

How much does it cost to replace a clutch flywheel?

Unfortunately, if a flywheel fails then it is usually necessary to replace the entire clutch. This is because the clutch can be difficult to access and it just makes sense to replace everything rather than having to strip down the transmission again if something else goes.

A clutch kit can cost as little as $100, depending on the vehicle, its engine and fuel type. Many diesel engines and high powered petrol engines use a dual mass flywheel, that is a lot more expensive than a single mass flywheel.

So if you plan to change the clutch and flywheel yourself, expect to pay $300 to $500 for the parts. (It can be a lot less if the vehicle is older).

If you plan on getting a mechanic involved, you can expect to pay at least $700 to $1000. This is because of the amount of labor involved to complete the job. It is often necessary to remove the engine to access the gearbox and clutch, especially in smaller vehicles that have the engine fitted transversely in the engine bay.

How does a flywheel work?

The flywheel is basically a large weighted wheel that is connected to the crankshaft of the engine. 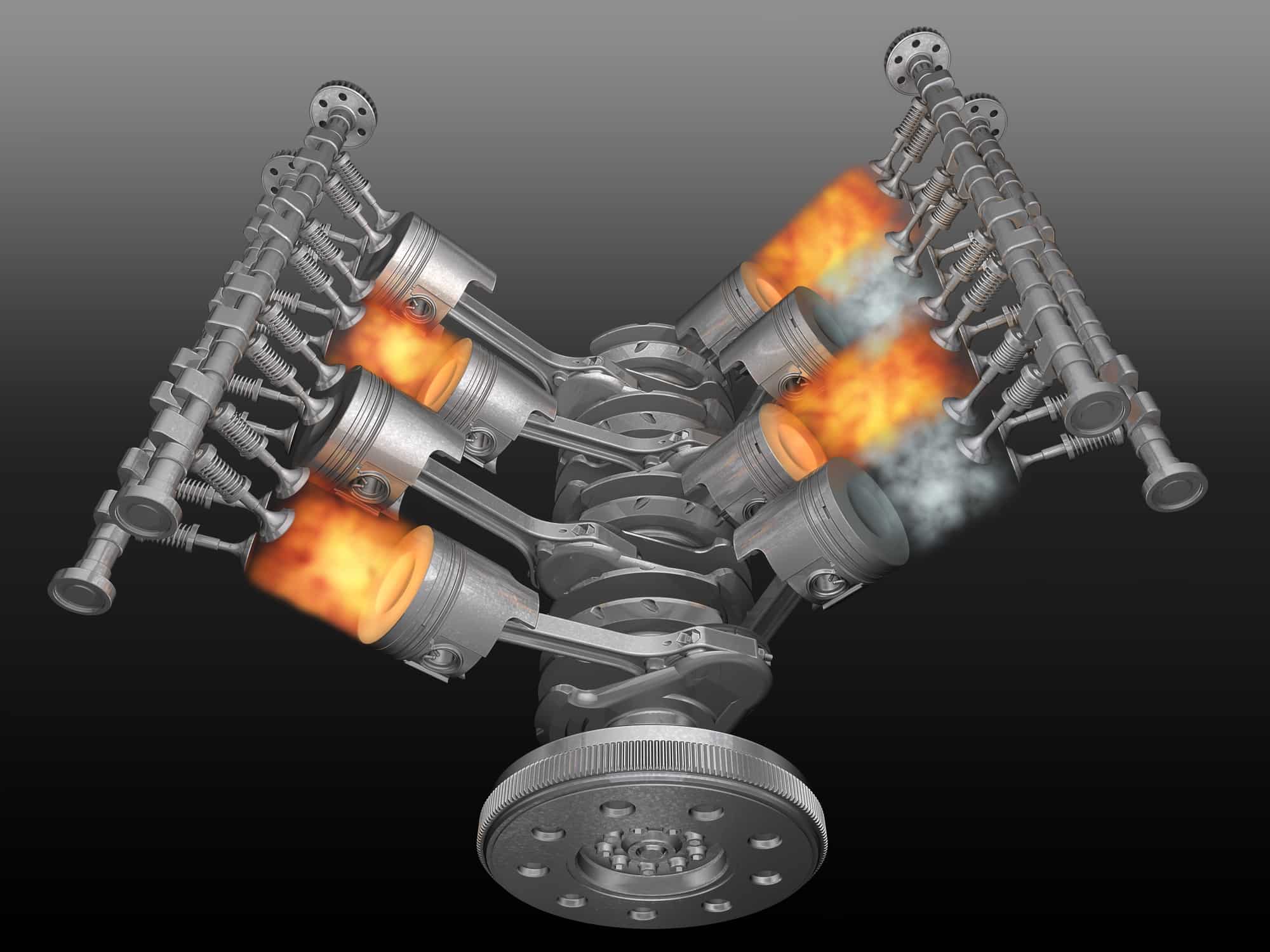 A flywheel attached to the crankshaft of an engine

It also balances the rotation of the crankshaft as there is a slight pause in power output during the various stages of the combustion process inside the engine. It does this, by gaining momentum as it turns and stores some kinetic energy that is released to help keep the crankshaft (and flywheel) rotating smoothly.

The surface of the flywheel is also used to engage the clutch plate with the turning crankshaft when you take your foot off the clutch pedal. This allows the power of the engine to be transferred via the transmission to the wheels.

Here's a video showing how a clutch works in a modern car: