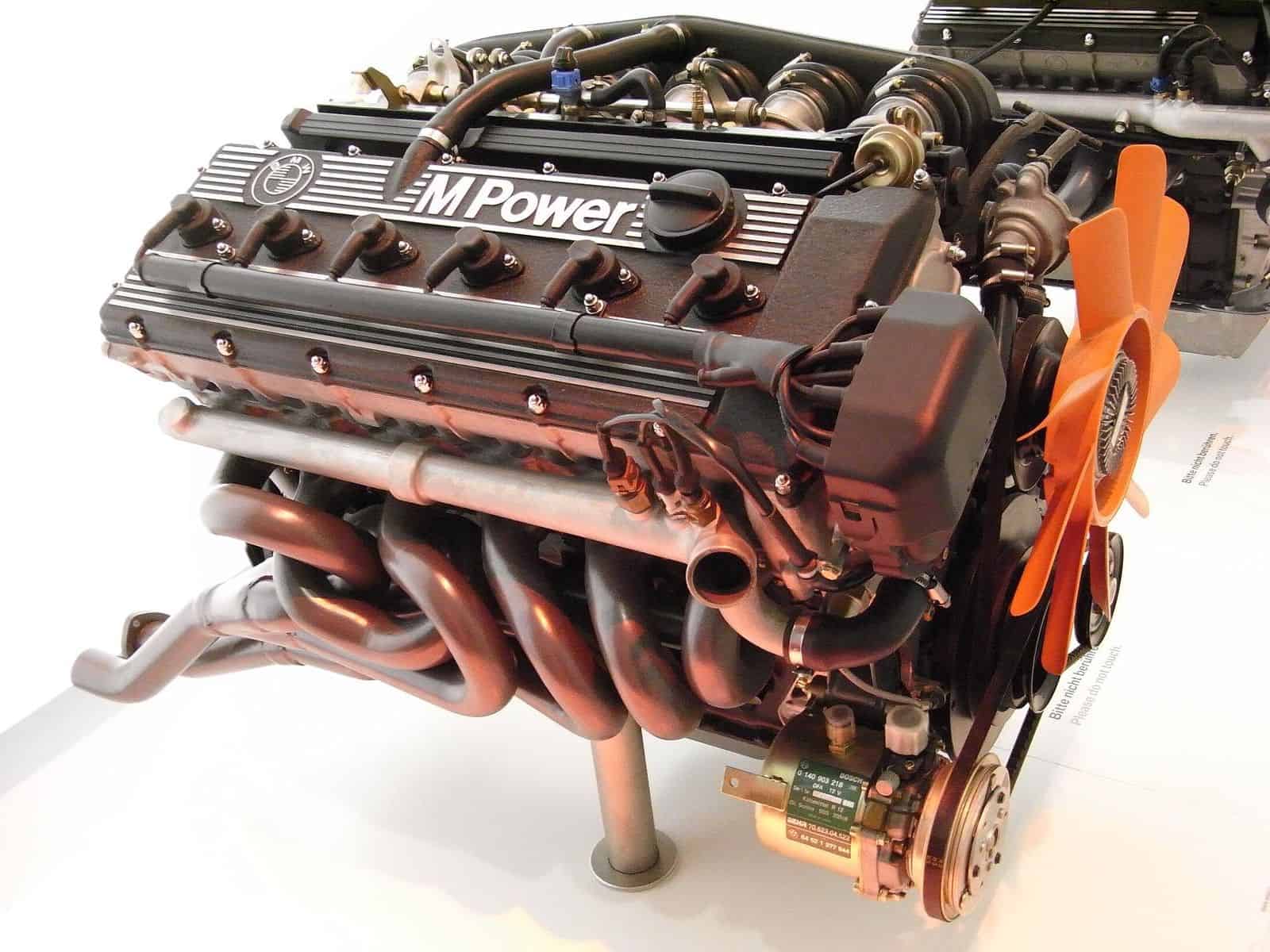 A timing chain does the same job as a timing belt; it keeps the timing of the engine pistons in sync with the movement of the air valves by joining the rotation of the crankshaft and camshaft.

The one big difference between the two, is that the timing belt must be changed at regular intervals as it can wear and break, possibly causing major engine damage.

In this article, I’ll explain the function of both the chain and the belt and the pros and cons of each

What is the difference between a timing chain and timing belt?

Timing chains and timing belts may perform the same job, but they are very different in how they operate and how long they last.

A timing chain is made from metal whereas a timing belt is made from strong rubber. Generally, a timing chain is located inside the engine block where it is bathed in engine oil. It is held in place with spring loaded (or oil pressured) tensioners that remove the slack from the chain and stop it from moving out of place. There are also chain guides that help to keep the chain in place.

Most timing chains should last the lifetime of the engine, however they should be serviced at around 100,000 miles as the tensioners can wear out over time (especially if the engine oil has not been changed regularly).

The timing belt was designed to be cheaper and easier to service, and is located outside the engine block. It is usually well hidden from view behind plastic trim, to keep it from getting dirty or exposed to harmful liquids. Timing belts are held in place using spring loaded tensioners that adjust themselves to keep the belt in place without over stretching it. It is really important the the timing belt is checked at regular intervals for wear, and replaced if necessary. Most vehicle manufacturers recommend changing the belt and tensioners every 60,000 miles, although there are some that will last longer.

Timing Belt Vs Timing Chain – a summary of differences

Overall, the timing chain requires much less maintenance, but if it does, it is much more difficult to carry out.

A worn chain can become noisy and may rattle, especially when the engine is cold. However, when compared to a timing belt, it is much less susceptible to breakage.

Signs of a Bad Timing Chain or Belt

Timing belts are designed to be changed at regular intervals, traditionally around 60,000 miles. Newer vehicles have timing belts that can last up to 150,000 miles, but even so, it is still advisable to change them regularly.

It is advisable to change the timing belt regularly because of the potential damage that can be done if a worn belt were to break. Most timing belt breakages will occur at engine start up or at shutdown, as this is when the most pressure is on the belt.

A snapped timing belt can cause major engine damage, as valves and pistons can hit each other and possibly bend or shatter. Some engines are designed so this cannot happen, these are called non-interference engines. These will usually just require a new timing belt and tensioner to get them going again.

A broken timing chain is not good news either, but it is less common. Timing chains are incredibly strong and are more liable to stretch than to break. The weak point with timing chains is not the chain itself, but the tensioner that keeps the chain in place. These tensioners have a limited life span, and can be greatly affected by inadequate servicing or the use of inferior engine oil.

The difference between how a timing belt and timing chain work?

Timing belts and timing chains control the timing of the engine.

The timing of a combustion engine refers to the rotation of the crankshaft and camshaft, and how this affects the movement of the pistons and valves in relation to one another.

Many internal combustion engines are referred to as Interference engines. This means that the piston and valves in the cylinder can come in contact with one another if they are not controlled by a timing belt. In other words, when the piston is at the top of the cylinder the valves must be moved out of the way of else they will come into contact and will damage each other. The timing belt and timing chain help to keep the pistons and valves from coming into contact in this type of engine.

Most modern car engines employ a four stroke system. This means there are four stages to the combustion process: suck, squeeze, bang and blow. In simple terms, the air and fuel mix is sucked into the combustion chamber. It is then squeezed by the rising piston, and then ignited by the spark plug. The ‘bang’ forces the piston back down and the exhaust gases are let out through the exhaust valves.

This illustrates the basic timing of a four stroke engine

For every turn of the camshaft, the crankshaft will rotate twice. It’s vital that the timing of the rotation is kept in synchronisation so that the pistons do not come in contact with the valves as they open and close. This type of engine is called an interference engine, and is very common in cars today.

The difference between replacing a Timing chain and a timing belt

Replacing a timing belt is a very common service procedure. Depending on the driving conditions the car has been exposed to, the timing belt should be replaced between 60,000-150,000 miles. This interval is set by the manufacturer and depends on the engine type, and the type of belt used.

The cost of replacing a timing belt depends on the amount of work needed to get to the belt. Prices usually start around $400 and could be double that if there is a lot of labor involved. I usually try use Gates timing belts, here’s an example of one of the kits they supply:

Changing a timing chain is a lot more work, and often involves removing the entire engine from the vehicle.

A timing chain can last for the life of the engine or in real world terms 300,000 miles or more. The lifespan of the timing chain depends on how well the engine is cared for. Regular oil changes using a good quality oil are the key to a long lasting timing chain.

how do you know if a timing chain needs replacing?

A worn or stretched timing chain will be noisy when the engine is running, especially at idle speeds. Sometimes the timing chain can be fine, but there will be a problem with the tensioners and guides. This will cause the timing chain to slacken and will make it a lot noisier as it rotates in the engine.

Other symptoms of a bad timing chain are an engine the lacks power, is sluggish when accelerating and may even be difficult to start. Sometimes the check engine light will come on intermittently as the loose chain causes problems with engine timing and will cause engine sensors to report out of range errors to the ECU.

The difference between maintaining a timing belt and a timing chain?

Timing belts are generally maintenance free. Once it is fitted properly, a timing belt should not be touched until it is due to be changed.

It is important that they are not exposed to dirt or debris as this can damage the surface of the belt and may cause it to slip. They should also not come into contact with liquids such as engine oil, engine coolant, brake fluid or even water.

Exposure to liquids can damage the rubber material in the timing belt and may lead to it cracking or splitting. Timing belts are usually covered by a plastic cover that protects the belt from accidental exposure to contaminants. If you are checking the condition of the timing belt fitted to your car, be sure to replace this cover properly when you are finished.

Since it’s not possible to easily check the condition of a timing chain, how do you know if there is something wrong with it?

A visual inspection of the timing chain is not something you can do easily, but a timing chain service should still be carried out every 80-100,000 miles. This will involve stripping down ( and sometimes removing) the engine and is best left to an expert.

Which is better – A Timing Chain or Timing Belt?

Most people don’t really think about whether a car has a timing belt or timing chain fitted before they buy it, and nowadays it probably doesn’t really matter.

However, when it comes to picking which is better, it really comes down to cost, ease of replacement and fuel efficiency

A timing belt is generally considered better than a timing chain because it is cheaper to replace, easier to replace and is quieter in operation. A timing belt kit with replacement tensioners and pulleys can be bought for between $100 and $200 and can be fitted by a competent DIY mechanic. So if you are interested in maintaining your car yourself, then buying a car with a timing belt is a better option for you.

Timing belts also run more efficiently than chains as they have less friction because of their placement outside the engine block. Depending on the type of engine, this can help with efficiencies such as lower fuel consumption and lower emissions. They are also not dependent on lubrication to operate, so the engine oil quality is also taken out of the equation.

On the downside, a timing belt won’t last as long as a timing chain. If you are planning on keeping your car for a long time and plan on racking up a load of mileage then you will need to factor in multiple timing belt changes into the cost.

Timing chains are probably a better option if you don’t want to get your hands dirty and you are willing to get the oil changed regularly. Most timing chains never give any trouble and having one fitted to your car removes the fear of the timing belt snapping and possible causing 1000s of dollars of damage.

Some vehicles have been prone to timing chain failures due to engineering design deficiencies, so it’s worth checking if the vehicle you are thinking of buying has a belt or chain fitted and if there are any recalls or problems reported in the media.