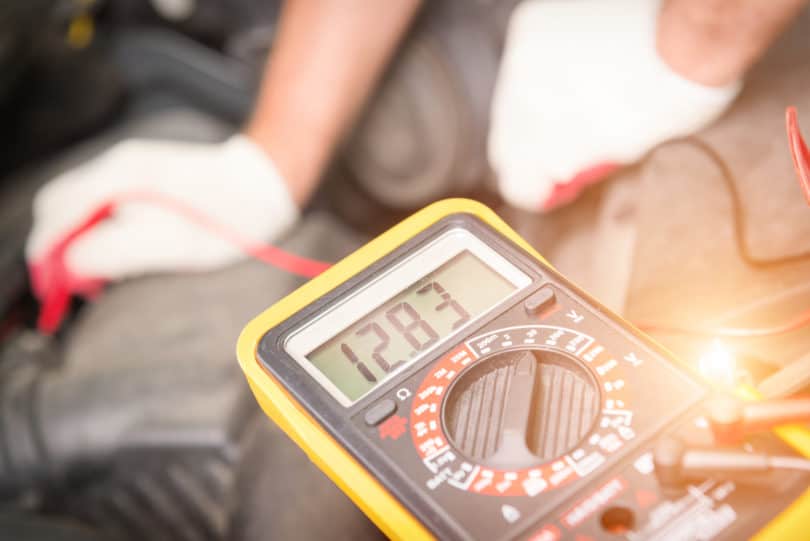 Every petrol and diesel vehicle has a camshaft position sensor and it plays a vital role in keeping your car or truck engine running smoothly by relaying engine timing information back to the ECU.

The symptoms of a bad camshaft position sensor can include poor engine performance, lack of power when accelerating, a rough engine when idling and when pulling away,  poor fuel economy, engine error codes and a check engine light on the dashboard.

So it's important to learn how a camshaft position sensor works, and how to properly diagnose a suspected bad or failing one when necessary.

A bad camshaft position sensor will wreak havoc with how the engine runs. If the ECU can't accurately keep track of the camshaft position as it rotates, then this is going to affect the timing of the pistons and valves.

Many engines use variable valve timing, where the camshaft sensor is needed to differentiate the compression from the exhaust stroke. If the sensor is not working properly, there is a good chance that the spark plug will be firing twice per stroke. This means that the engine will probably keep running, but as well as it should.

It's possible that the symptoms of a bad camshaft sensor can be confused with issues with the timing belt or timing chain.

When it comes to the performance of the engine, here are the most common symptoms of a bad camshaft position sensor.

1. Check Engine Light on the dashboard

A broken camshaft position sensor is going to impact the timing of the engine, especially the fuel delivery timing. If the ECU stops receiving a signal from the camshaft sensor, then this indicates a problem with the sensor or some other part of the camshaft sensor circuit.

A lack of accurate camshaft position information will invariably lead to over fuelling resulting in poor fuel economy. This is not one of the most common symptoms of a bad camshaft sensor as it may not be as noticeable in newer engines with variable timing.

A very common symptom of a failed camshaft position sensor, is a rough or vibrating engine. This will be more noticeable when stopped and the engine is idling. If there is no wind or road noise, the movement and noise from the valves and pistons is more noticeable, especially if the timing is slightly out. It's also possible that a rough engine idle can also be caused by a stuck or failing idle air control valve.

A delay in acceleration and a lack of engine power is common with a bad camshaft sensor.

The job of the camshaft position sensor is to tell the ECU where in the cycle the engine currently is.  The ECU uses this information to control the timing of the firing of spark plugs and the injection of fuel. Any problems with the timing will cause a hesitation when you press the accelerator and will usually be accompanied by lurching and stalling of the engine.

If the ECU can't keep track of the timing sequence of the engine, then this can cause the engine to cut out. In this case, a stalled engine can be caused by a lack of fuel but more often than not, it's actually an intentional shut down to protect the engine from damage. If the ECU detects a problem with the camshaft sensor circuitry, then it may cut out the engine, or stop it from starting.

A badly running engine won't be burning fuel as efficiently or may be running rich. This will lead to increased emissions and can damage the catalytic converter if left unresolved. 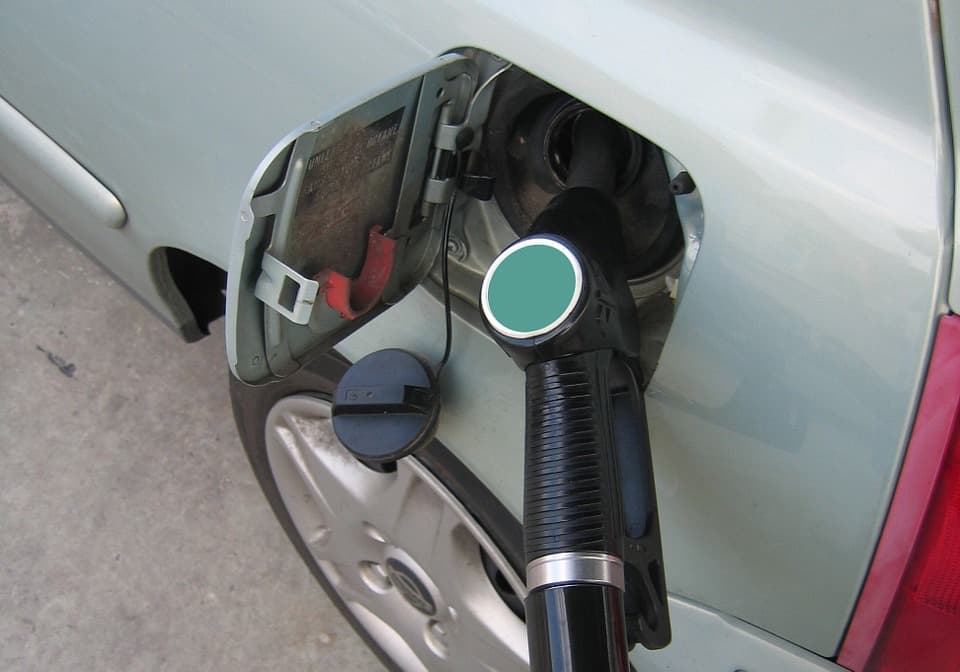 A failure to deliver the exact amount of fuel to the engine, may result in unburnt fuel making its way into the exhaust gases and out through the tailpipe. This can cause a noticeable gas smell, especially when idling.

What is a Camshaft Position Sensor?

The Camshaft Position Sensor (also known as the CMP sensor) is one of the key sensors when it comes to the smooth running of your engine. 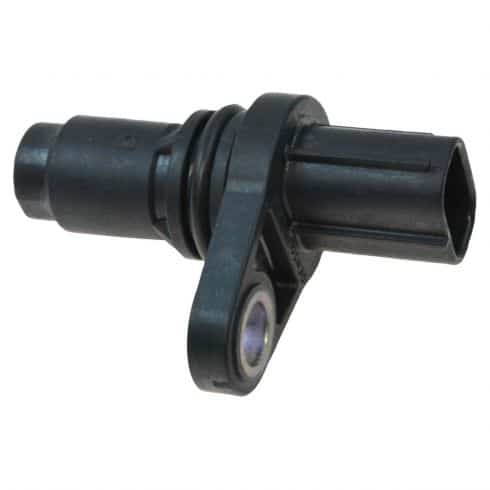 The information it generates plays a crucial role in determining when each injector should be activated on a modern sequential fuel injection systems (SFI). The camshaft position sensor is responsible for sending the ECU a signal each time the cylinder #1 intake valve is opening. That information is then used in conjunction with the Crankshaft Position Sensor (CKP) signal for knowing when the rest of the cylinders’ intake valves are opening.

How Does A Camshaft Position Sensor Work?

In other words, they are so similar in construction they are often difficult to differentiate from one another when outside the vehicle.

There are two common types of sensors. The design can be based on “optical”, “inductive”, or “Hall Effect” principles. For the purpose of this article, we will explain the Hall Effect design.

Hall Effect sensors consist of two key elements, the reluctor ring (toothed wheel) and the sensor itself which internally has a permanent magnet.

The reluctor is attached to the camshaft in a way that cylinder #1 intake valve opening coincides with the “tooth”.

Many designs include all cylinders (not only cylinder #1) but using a wider tooth for differentiating #1 which will always be the “reference”.

As the camshaft rotates the permanent magnet inside the sensor will induce an electrical current each time the tooth aligns with it. The Hall sensor signal produced this way is similar to a square waveform like the green like shown below: 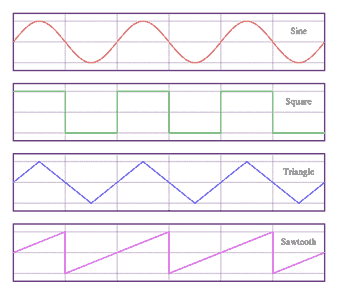 The ECU uses this information for the fuel injectors “firing” sequence, thus the importance of an accurate reading.

How do you diagnose a bad Camshaft Position Sensor

Depending on the type of Camshaft Position Sensor installed on your vehicle, you may need one or more of the following tools:

A professional grade automotive scanner with live data graphing capabilities is not essential for testing the CMP sensor but certainly would speed up the process no matter what type of sensor is installed.

IMPORTANT: The following tests assume the CMP sensor harness is already unplugged, refer to “how to replace” section if you have any doubt.

> Sensor condition: since the CMP has a permanent magnet it can be clogged by metal particles that affect its readings. Clean the sensor using a soft soap and water. Reinstall and repeat the preliminary steps. 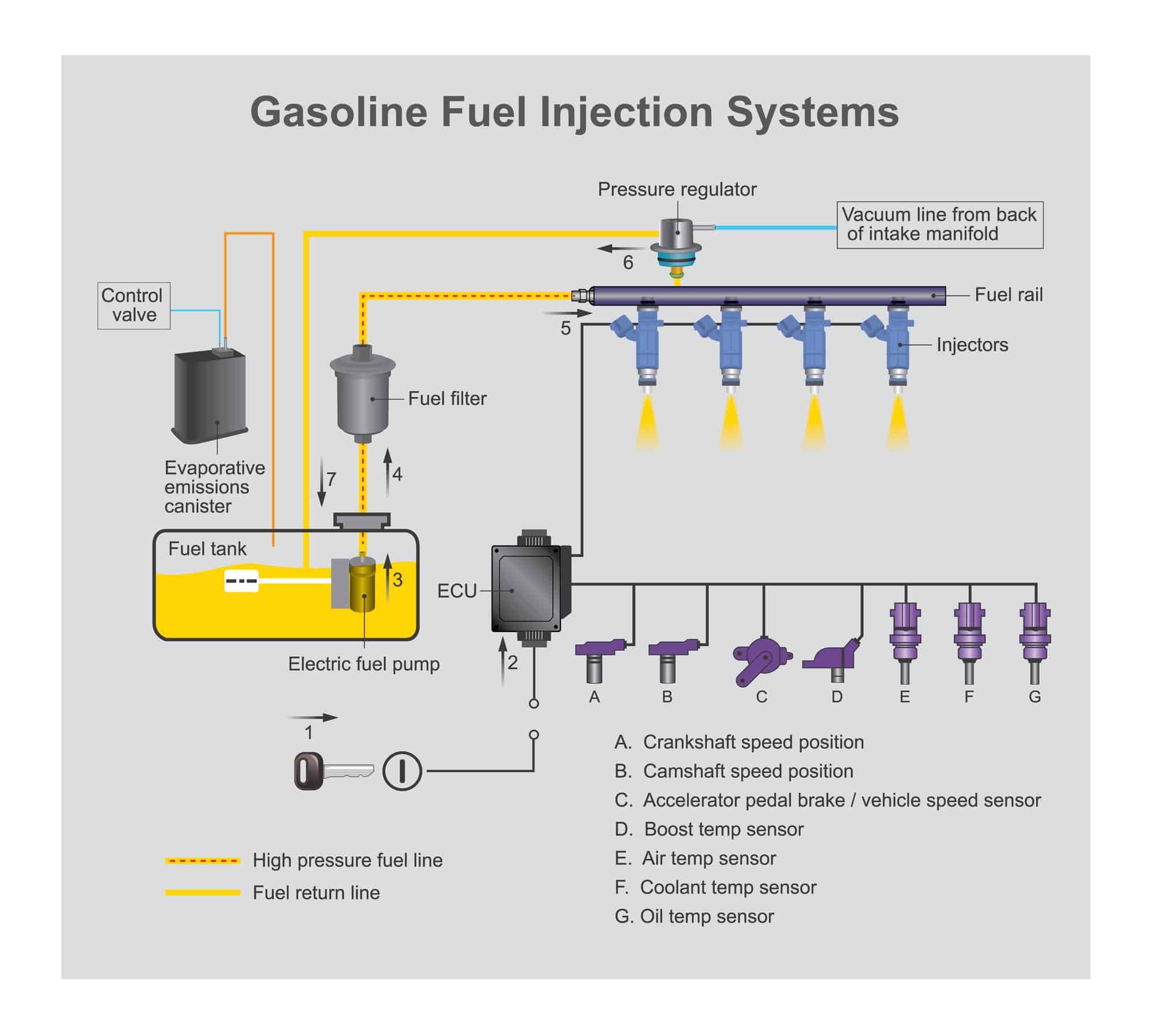 > Supply voltage: Hall Effect sensors use a three-wire design. Turn the ignition switch on (engine off) and look for the corresponding supply voltage (12V). Refer to the appropriate literature to identify the supply line.

> Sensor Signal: for this test, you will need using an oscilloscope. Place one tip on a known ground and the other test tip to the sensor signal wire (sensor should be connected, use a special intrusive clip for this purpose). Start the engine and adjust the oscilloscope signal until you have a clear reading on the display. You should see a square waveform similar to the shown in the introduction of the article, however, it’s advisable using the appropriate literature for comparison and diagnostics.

> Ground test: enter in KOEO mode (Key On Engine Off) turn the digital multimeter dial to “voltage” test mode and place one probe tip on the CMP harness terminal corresponding to the supply voltage and the other on the terminal that should be the ground. Ideally, the voltage would be the same value as the previous test, if the difference is greater than 10% then you will need to check electrical resistance and continuity of the ground line from the CMP harness all the way down to the ECU.

> Camshaft Position Sensor live test: using a scan tool for diagnosing a CMP sensor is highly dependant on your car manufacturer. This is due to the way scan tools read the information. Some manufacturers facilitate live data stream that “emulates” the oscilloscope wave pattern for the diagnostic but others don’t. Ideally, you should perform oscilloscope tests as the one explained in the prior section for a more precise diagnostic.

How much does it cost to replace a camshaft position sensor

To replace a bad camshaft position sensor you can expect to pay between $80 and $200.

How to replace a bad Camshaft Position Sensor

The CMP sensor is usually located on the valve cover corresponding to engine bank #1 (the bank of cylinders where cylinder #1 is located).

> Preliminary steps: ensure the ignition switch is off and then disconnect the vehicle battery. Detaching the negative terminal is usually enough.

> Remove CMP sensor connector: this step may be tricky in some models. Generally speaking, the connector has a plastic tab that you should push down while you pull out the harness. But in many cases, there is a small security clip (sometimes plastic, sometimes metallic) that must be removed first using an adequate screwdriver.

> Install the new CMP sensor: retire the old sensor and then install the new one. Double check that you’re using the adequate part number.

> Reconnect sensor and battery: once you are done, reconnect the sensor (don’t forget security clips) and then the battery terminal.

> Clear DTC memory: using the OBD2 code reader clear the ECU memory to prevent any false code been stored. You will need entering in KOEO mode for doing so.

> Perform driving cycle: once you are done, drive the vehicle for more than 10 minutes. Try to accelerate as you would normally do.