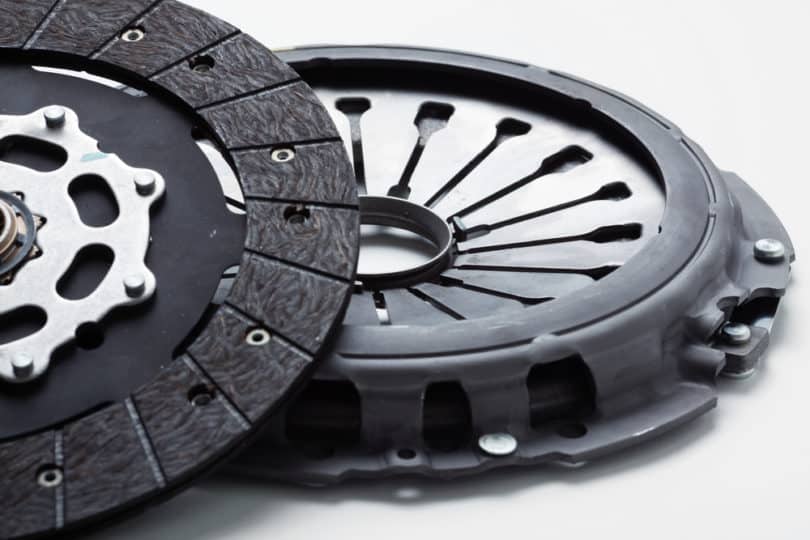 What Are the symptoms of a slipping clutch?

The symptoms of a slipping clutch include a foul burning smell coming from under the car, an engine that accelerates or revs more than it should when the clutch is released, when accelerating hard or when driving up a steep hill.

One of the main causes of excessive wear and tear on a clutch is not using it properly. This invariably leads to what we call a slipping clutch.

It's important to be able to identify problems with the clutch early. Over time, a worn clutch plate can also damage other parts of the clutch and transmission, and it can be an expensive repair job if you need to get a mechanic involved.

5 Symptoms Of A Slipping Clutch

If the clutch is on the way to being worn out, but you can still change gears, then this will result in what we call a slipping clutch.

Usually, a slipping clutch will show up in the way the car performs. You can't examine the clutch condition easily, so sometimes it can be mistaken for problem elsewhere in the engine such as problems with the fuel injection system

Here are a few signs of a slipping clutch, and are often signs that you need a new clutch.

1. The engine accelerates more than anticipated just after you change gears. This is caused by the flywheel not engaging the clutch disc properly.

2. The car revving intermittently when going up a steep hill in a high gear. Again, the clutch disc can lose traction for a second, causing the engine to rev.

3. A foul burning smell. When parts of the clutch get hot because they are slipping and rubbing against each other, this will cause a foul odour.

4. The clutch pedal will become stiffer than usual, and you won't need to press it as far for it to disengage the engine.

5. Clutch Slipping When Accelerating Hard. A sudden increase in engine power can cause the clutch to slip if the clutch plate is not properly engaging with the flywheel.

What does a clutch do?

The job of the clutch is to allow you to shift from one gear to another by disengaging the gearbox from the engines rotating crankshaft.

When engaged, the clutch plate is effectively stuck to the end of the rotating crankshaft of the engine. Pressing down on the clutch pedal will move the plate away from the rotating transmission allowing you to change to a different gear.

How does a clutch work? A clutch is made up of many parts, the most important being the flywheel (left), clutch disc (center) and pressure plate (right)

Most modern clutches can be broken down into 4 main components. Here's a run down of what they are, and how they work.

What causes a clutch to wear?

Pressing the clutch pedal, changing gear and then releasing the pedal must happen in a one fluid movement, and at the right engine speed. If you don't take care of the  clutch and use it smoothly, it's going to become unnecessarily damaged and prematurely worn.

Learning to press and release the clutch pedal at the right time and speed takes practice. This is why learner drivers generally put an extra strain on the clutch when learning.

Learners can also be guilty of what is called "riding the clutch". Riding the clutch is when you leave your foot resting (slightly pressing) on the clutch pedal, after you have changed gear. This will cause the clutch plate to be partially engaged with the rotating flywheel.

Because the clutch is not fully released, it will wear down the friction plates and possibly damage the flywheel. The release bearing will also still be under pressure and spinning, and this can cause it to become damaged and worn over time too. Of course all clutches will wear out eventually, but certain types of driving conditions will cause it to wear out quicker.

If your daily commute involves sitting in stop-go traffic for an hour and a half each day, then you can be sure that it's not just your back that's going to suffer!

Continuously stopping and starting in heavy traffic will wear out your clutch, no matter how good a driver you are. That first instance of contact between the flywheel and clutch disc wears away a small amount of the friction material. Doing it over and over again increases the wear on the disc.

How to test for a slipping clutch?

Here are a few tried and tested ways that you can assess the condition of your clutch. Combine these with the history and age of the car, and you should be able to make an accurate assessment of the clutch condition.

What Can you do to fix a slipping clutch?

It all depends on what's causing it to slip. If a clutch disc or flywheel is damaged or badly worn, then the only fix is to replace the damaged parts. This usually involves stripping down the clutch and sometimes removing the gearbox.

Most modern hydraulic clutch systems are self-adjusting. Meaning they will adjust to compensate for wear to the disc. Others will allow for a certain amount of manual adjustment by adjusting the length of the slave cylinder push-rod. By making the push-rod longer, the decreased amount of friction material on the clutch disc is compensated for. This restores the clutch pedal action back to it's original state.

Sometimes, topping up the fluid in the clutch hydraulic system can help with a slipping clutch. This can sometimes be a temporary fix for clutch slipping.

In some cases, a drop in fluid reduces the pressure in the master cylinder. Most systems share fluid with the brakes. If you check the brake fluid level is low, topping  it up and pumping the clutch pedal a few times can help the situation. Of course, this is assuming there isn't a problem with the brake system itself, and you would obviously want to get that checked out as soon as possible!

How do you replace a clutch?

If you need to get the clutch replaced, then this is usually a job for a qualified mechanic, or an experienced DIY enthusiast. It's not something you can do with your car sitting on some jack stands, you'll need a proper lift or ramp.

If you are getting it done in a garage, be prepared to pay for the labor, as it usually will be a lot more than the cost of just the parts.

Rather than try to explain it, here's a video of a clutch replacement in a Ford Mustang.