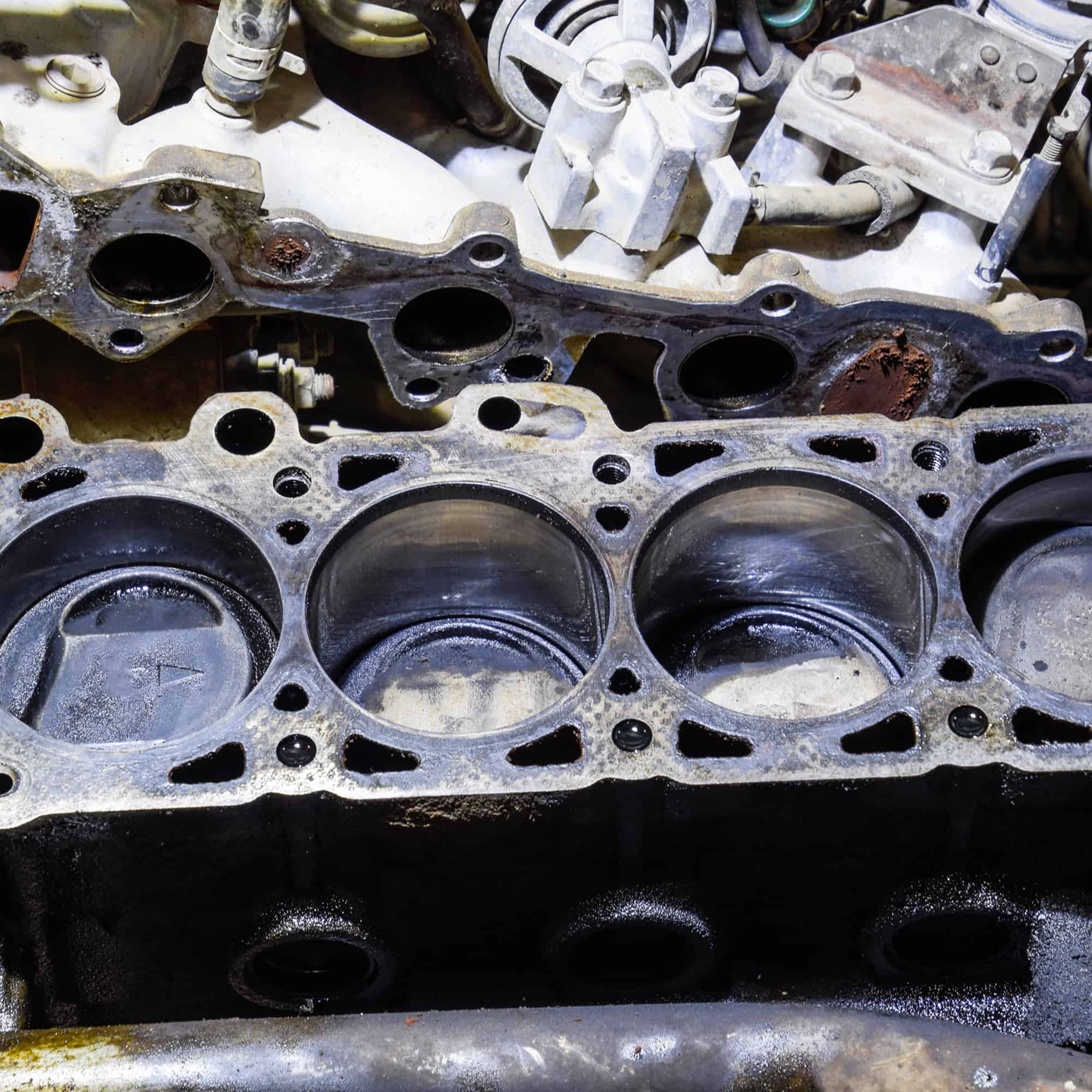 A failed head gasket usually causes problems like an overheating engine, loss of engine power, lots of white smoke from the exhaust, and a significant loss of engine coolant or engine oil, or both. A leaking valve cover gasket is less serious and usually only results in the loss of engine oil but doesn’t seriously affect the engine performance.

What is the difference between a head gasket and valve cover gasket leak?

The cylinder head gasket is located between the engine block and cylinder head and seals the combustion chambers whilst separating the coolant and lubrication channels so that they don’t mix or leak into the engine cylinders. The head gasket must withstand very high temperatures and high pressures.

What is the difference between a head gasket and valve cover gasket?

The cylinder head gasket and valve cover gasket are both located near the top of the engine, but they have very different jobs, are made from different materials and their replacement cost varies greatly.

Here are a few of the differences between a head gasket and a valve cover gasket.

2. Fitting location within the engine

The symptoms of a blown valve gasket and a blown head gasket are very different and have a different impact on the engine and the associated repair costs.

1. Can you drive with a valve cover gasket leak?

Yes, it is possible to drive your car if it has a valve cover gasket leak, as long as you are sure that the leak is not too bad. If there is a lot of oil leaking from the valve cover then it’s not advisable to drive the car (and it may not be safe to do so either). Be sure to check the engine oil level if you need to continue driving and also make sure that there isn’t a lot of oil pooling on hot engine parts that may cause a fire.

Depending on the type of engine in your vehicle, a valve cover gasket leak may also cause a vacuum leak that will lead to a reduction in engine power and a rough idle. An unrepaired valve cover leak can also lead to contaminated spark plugs and damage to the ignition coils if they become soaked in engine oil.

2. Do you need to remove spark plugs to replace the valve cover?

3. What causes a valve cover gasket to leak?

Valve cover gaskets commonly leak when they crack and shrink because of age. As they are made from rubber, they will harden and stiffen over time becasue of the heat from the engine. This makes them more susceptible to leaking because of their reduced flexibility as they age.

It’s also possible for a valve cover gasket to leak because of a cracked or warped valve cover. Plastic valve covers can become misshapen and lose, causing a gap to form along the seal with the cylinder head. This can damage the gasket allowing oil to escape.