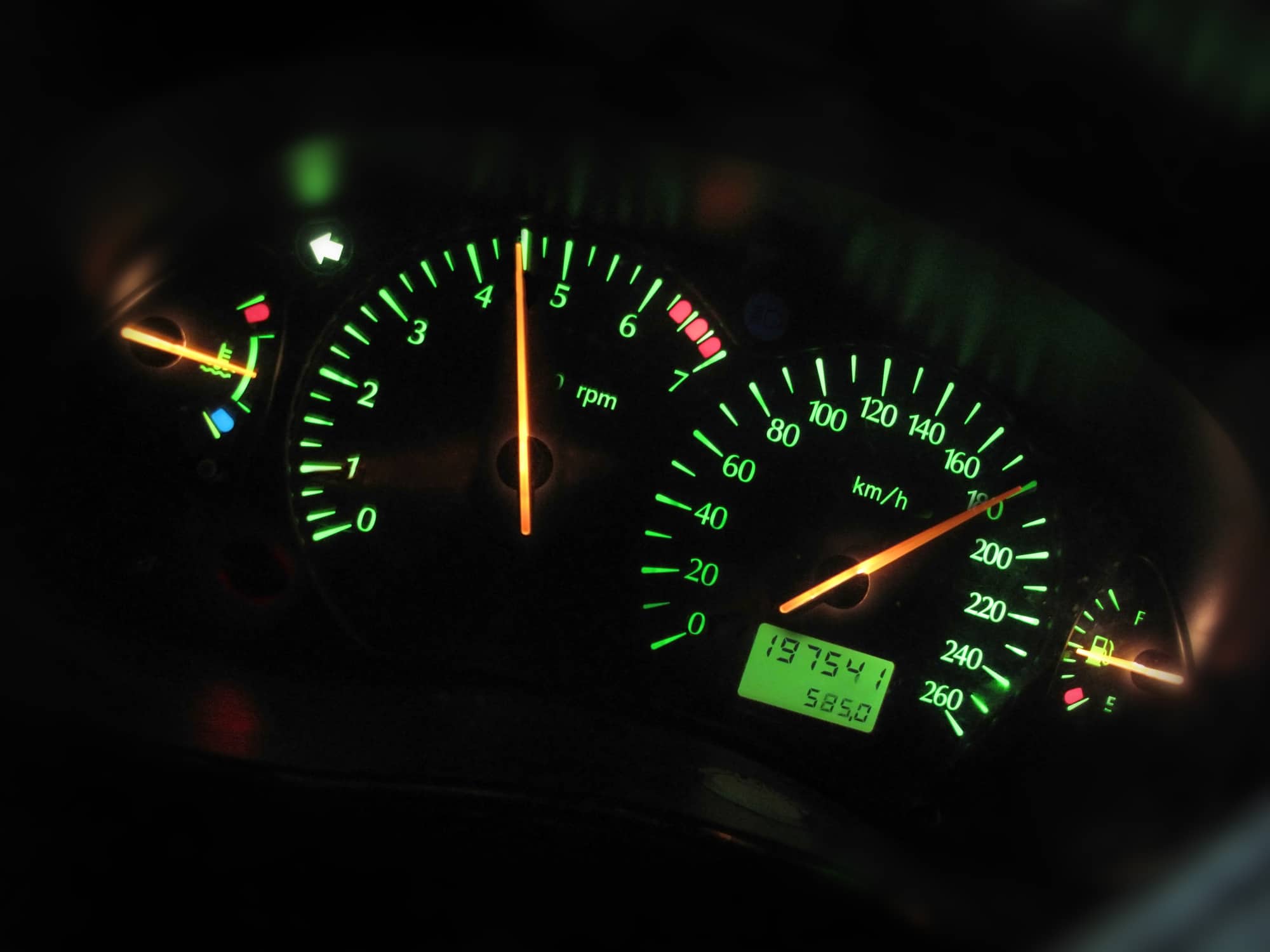 One of the most common symptoms when it comes to engine problems is a lack of accelerating power. If your car shakes and doesn’t accelerate as it should when you press on the gas pedal, does it mean that there is a problem with the engine?

If your car is shaking and not accelerating as it normally would, this means there is a lack of compression within one or more cylinders within the engine. This can be caused by a lack of fuel or faulty fuel injector, a bad ignition coil or spark plug, a worn sensor such as the MAF sensor, or contaminated fuel.

A lack of cylinder compression can occur for a number of reasons, but it usually comes down to a lack of adequate fuel, air, or a well-timed ignition. It can also be caused by a leaking head gasket, leaking valve seals, or a leaking valve cover gasket. Any leaks within the engine can affect oil pressure and can allow unmetered air to enter the engine, adversely affecting the fuel/ air mix.

Why is my car shaking and not accelerating? (The 5 Most Common Causes)

There can be many reasons why your car is lacking power and shaking when you are trying to accelerate. While the problem can be caused by a bad sensor, a leaking hose or gasket, or a dirty spark plug; the actual lack of power is because of a problem with the internal combustion cycle within one or more cylinders caused by one of the following faults.

A bad ignition coil is a very common reason for your car to shake and have a lack of acceleration power.

The ignition coil triggers the spark within the cylinder by powering the spark plug and this causes the ignition of the fuel-air mixture in the combustion cylinder. If an ignition coil is not working in time with the other coils or has completely died, then this will wreak havoc with the engine timing and lead to a shake or misfire of the engine. This will also always trigger the check engine light and a serious lack of acceleration.

A bad ignition coil is usually identified by using an OBD-2 reader and depending on the exact vehicle and number of ignition coils fitted, you may see error codes such as P0350 to P0356. Other common symptoms of a bad ignition coil include rough engine idling, engine misfire, difficulty starting the engine, and a smell of gas from the tailpipe.

Most vehicles will be undrivable if an ignition coil has completely failed. If it’s an intermittent problem then the vehicle may work properly sometimes but this can cause problems down the line if it’s left unfixed. Bad ignition coils can damage an engine as unburnt fuel can damage the catalytic converter and oxygen sensors if it makes its way out through the exhaust manifold.

Bad or dirty spark plugs are also a very common cause of lack of acceleration and engine misfires. Just like bad ignition coils, bad spark plugs will also reduce the performance of the engine. If a spark plug is not creating a clean, powerful spark at exactly the right time, then the whole combustion cycle is going to be adversely affected.

A bad spark plug can be confirmed in a few ways. If you use an OBD-II reader you may see engine error codes such as P0300 to P0306, confirming engine misfires. You may also see P0420 or P0430 if there is unburnt fuel making its way into the exhaust. The best way to confirm a bad spark plug is by removing them from the engine and inspecting them. Worn-out spark plugs can be dark in color due to carbon buildup. They may also be wet or oily if there is oil leaking into the engine cylinder.

Another very common reason for car shaking and lack of acceleration power is one or more bad fuel injectors.

Fuel injectors will usually fail in one of two ways, especially if we are talking about high mileage engines. The most common way is by becoming blocked. This can happen for many reasons, and sometimes it’s unavoidable with older engines. If the engine is running rich, unburnt fuel particles can cause a carbonized buildup around the tip of the injector. Contaminants such as dirt, grit, or even water vapor in the fuel can also lead to the injectors becoming blocked.

The most common symptoms of a bad fuel injector include a rough running engine, bad fuel economy, engine misfires, and shaking when trying to accelerate. Sometimes you may get a stronger smell of fuel from the exhaust than normal and the engine may be difficult to start or dies soon after starting.

The best way to start the diagnosis of a bad fuel injector is by using an OBD-II scanner and then confirm this by removing and inspecting the injector. Engine error codes that are related to bad injectors include P0201 to P0206. You may also see other engine misfires and lack of power codes such as P0300 and P0299.

Low fuel pressure can also be a primary cause of lack of engine power, especially when accelerating. This lack of fuel can also cause engine misfires that can cause the car to shake.

A lack of fuel can be caused by a number of reasons. There may be a partial blockage within the fuel system, restricting the amount of fuel available to the engine. The most common places for blockages to occur are in the fuel injectors as described above and in a blocked fuel filter. Low fuel pressure can also be caused by a leak in the system or a bad fuel pump.

Modern fuel systems in vehicles operate under high pressure and the amount of fuel used by the engine increases exponentially as you accelerate. If the fuel pressure cannot be maintained this will usually trigger an engine error code such as P0087. This will also turn on the check engine light and may cause the vehicle to enter safety mode (often called limp-home mode) with restricted power.

Cause 5. A Bad Engine sensor

A faulty engine sensor can affect the performance of the engine if the ECU is not receiving accurate real-time data. Every modern engine uses an array of sensors that monitor the current state of the engine components and keep track of the incoming fuel and air so that it can be tweaked to keep the engine running smoothly.

A faulty mass airflow sensor won’t be able to accurately measure the air entering the intake manifold which will affect the amount of fuel the ECU thinks is needed. This can result in the engine running too rich or too lean. The MAP sensor and oxygen sensors can also affect the fuel to air ration if they are returning out of range readings.

The best way to identify a bad engine sensor is by running a diagnostic using an OBD-II reader. Most sensors can’t be repaired, so swapping out a faulty sensor for a new one is usually the best course of action.

A leaking engine gasket, especially the gaskets that seal the engine cylinders, can also cause misfires and a reduction in engine power.

Valve seals, piston rings, cylinder head gaskets, and valve cover gaskets all play an important role in maintaining the internal pressure within the engine cylinders. They also prevent engine oil and coolant from mixing and from leaking out of the engine. It can be difficult to find the source of a leak if it’s small and if there is no obvious fluid loss. If the engine is misfiring with a lack of power under acceleration, it may be caused by a lack of cylinder pressure within the engine.

If you suspect a leaky gasket (and have ruled out the other previously described causes) then a dry compression test of each cylinder may indicate low pressure in one or more of the cylinders.

The best way to start any repair process is to carry out a diagnostic readout of the ECU. This will reveal any error codes that may help to pinpoint the exact cause of the problem. Sometimes, the error codes can be a bit vague and may not identify an exact fault. In this case you will need to invesigate further by removing and inspecting some engine components as follows.

1. What does it mean when you car struggles to accelerate?

If your car is struggling to accelerate then this may be caused by a lack of fuel, a lack of metered air or a lack of engine compression. A blockage in the fuel system, a bad engine sensor or a leaking gasket are the most common causes of a lack of acceleration. Start by checking the fuel filter for blockages, and ensure the air filter is clean and that the engine has enough engine oil.

To help diagnose the problem, start by checking the ECU for error codes. If the check engine light is showing then a specific sensor is showing out of range readings. This may be caused by a faulty sensor or by someting else. A dirty MAF sensor is also a common cause of lack of engine power, removing and cleaning the sensor with electrical contact cleaner can sometimes resolve the problem.

Engine cylinder compression should also be checked to see if there is an internal leak within the engine. Internal leaks can be caused by a blown cylinder head gasket or leaking piston rings. Sometimes a blocked catalytic converter can cause a lack of acceleration.

2. Will low oil cause a car not to accelerate?

Yes, low engine oil can affect the performance of an engine and may reduce its ability to accelerate normally. Engine oil is vital for protecting engine components and also plays a role in keeping an engine cool. Persistently low engine oil will cause premature wear and tear inside of the engine and this will affect the performance and efficiency of the engine.