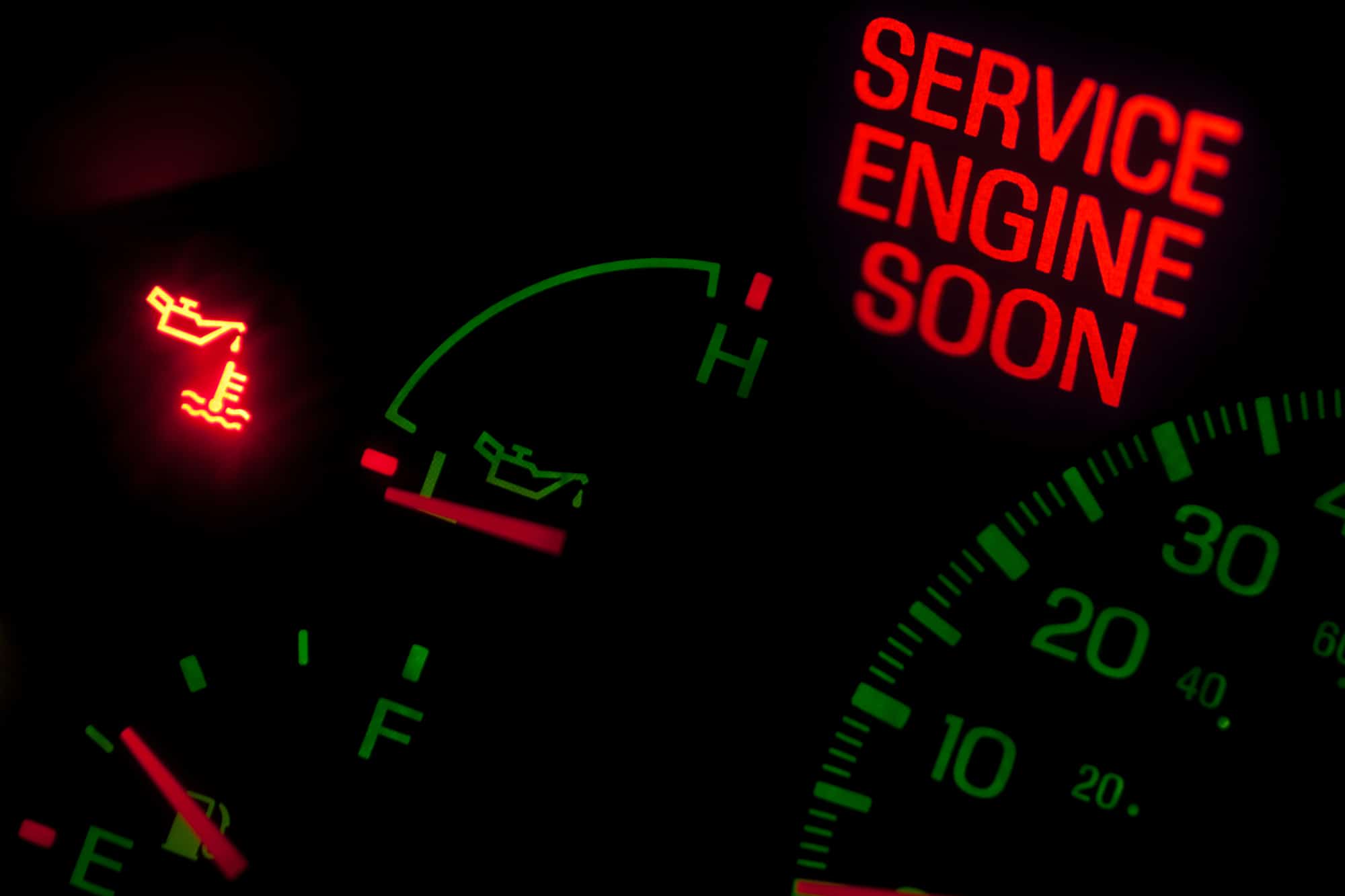 Coolant and engine oil are both very important fluids in your engine. They both play a separate role in keeping the engine cool and lubricated. Sometimes, coolant can leak out of the engine or it can leak within the engine and mix with the engine oil causing serious damage to the engine.

As a general rule, yes, a coolant leak can cause low oil pressure. This usually occurs if coolant and engine oil mix within the engine as a result of a failed head gasket.

A simple coolant leak from a split hose or leaky radiator won’t usually affect oil pressure. Both the engine oil and coolant systems are separate sealed systems that usually don’t have any effect on each other. The only way low coolant can affect oil pressure is if the two systems start to mix.

Low coolant can affect oil pressure if the engine oil is leaking into the coolant system within the engine. The most common cause of this type of leak is failed head gasket.

Sometimes low oil pressure can be caused by a problem with the oil pump or oil pressure sensor, so it’s important to check that these are working properly, even if the engine is losing coolant.

Low oil pressure can be caused by a bad oil pump, but this is not a very common fault on modern vehicles. Oil pumps are well built and are designed to last the lifetime of the engine. They are also bathed in engine oil that helps to keep them lubricated and working efficiently, as long as the engine oil viscosity and volume are correct.

What causes a coolant leak and low oil pressure?

A coolant leak with low oil pressure is usually caused by an internal leak in the engine that is allowing the coolant and engine oil to mix. This internal leak is often caused by a failed cylinder head gasket.

A head gasket will fail if the engine overheats to the point that the engine block expands and sometimes warps. This can cause the head gasket to crack or split, thus losing its ability to seal the engine cylinders and stop engine oil from mixing with coolant.

Symptoms of a coolant leak that causes low oil pressure

1. Loss of coolant with no leaks

If your engine coolant levels are constantly dropping, but there is no sign of a leak, then the head gasket could be leaking or may have already failed. The head gasket is situated between the cylinder head and the engine block. Its job is to seal the combustion chambers and to separate the circulating engine oil from the coolant.

If the head gasket starts to fail this can lead to coolant entering the oil channels surrounding the combustion chambers, leading to a mix of engine oil and coolant. Unfortunately, this type of coolant leak is not easily detectable at first. Usually, the first sign of a failed head gasket is a loss of coolant without any obvious coolant leaks being present.

Low engine coolant levels are a very common cause of engine overheating. As described above, loss of coolant is one of the first symptoms of a blown head gasket. When the coolant starts to leak into and mix with the engine oil this will cause an obvious drop in coolant level in the coolant reservoir. It will also cause an apparent increase in engine oil that may be noticeable if your car has a dipstick.

Most of the time a change to coolant or engine oil levels will go unnoticed as a leaky head gasket can occur quite quickly. Usually, the first signs of a failed head gasket will be an overheating engine followed by a drop in oil pressure.

Another common symptom of a coolant leak that causes low oil pressure is the presence of coolant in the engine oil. If the head gasket has failed at any point across the engine block then coolant will usually make its way into the engine oil that is lubricating the pistons and valves.

If enough coolant gets into the engine oil then this will drastically affect the lubricating properties of the oil that can lead to severe engine damage fairly quickly. It’s usually pretty easy to spot coolant that has mixed with engine oil. Removing the oil filler cap will often reveal a brownish/white milky substance on the back of the filler cap. On some vehicles, you may be able to see into the top of the engine and the cylinder head by shining a torch in the oil filler cap hole.

If the white smoke is caused by coolant leaking into the engine combustion chambers then it will be present when driving not just at startup up. There will also be a lot more white smoke than would otherwise be present and it may have a sweet smell caused by the coolant vapor in the smoke.

What next – How To Fix A Coolant Leak That Can Cause Low Oil Pressure?

If you suspect that your engine has an internal coolant leak then it’s very important to get to the bottom of it as quickly as possible, as a bad leak such as a complete head gasket failure will ruin the engine.

Here are a few things to check if your car is suffering from low oil pressure.

1. Will coolant in oil cause low oil pressure?

Yes, coolant in oil can cause low oil pressure but not because of the presence of the coolant in the oil. The low pressure is usually caused by a blown engine seal such as the head gasket within the engine.

The gaskets and seals that are situated between the engine block and the cylinder head are there to allow coolant and engine to co-exist but in separate channels within the engine. If one of these seals fails, then engine oil can leak into a part of the engine when it would not normally be.

This loss of engine oil leads to a drop in oil pressure. Oil pressure can also be affected by coolant contaminating the engine oil. Engine oil that is mixed with coolant can lose its ability to effectively lubricate the engine and can experience a change in viscosity that can affect oil pressure.

If there is a problem with the oil pump, the various oil sensors or if the head gasket or one of the combustion chamber seals has blown then an oil change will not fix low oil pressure.

3. Why am i losing coolant but no leaks?

In general, if you are losing coolant but there are no leaks then coolant is leaking somewhere within the engine and is either mixing with engine oil or is being burnt off and is escaping in the exhaust fumes.

Most coolant leaks are caused by torn coolant hoses or leaky readiators and in these cases its fairly easy to detect where the coolant is leaking from. If there are no obvious leaks or tell tale signs such as chalky dried coolant or puddles under the vehicle, then it can be more difficult to isolate the cause of the coolant loss.

The most common reasons for coolant loss without leaks are a blown head gasket, cracked engine cylinders, leaky engine valves, blown valve seals and a loose or worn radiator cap.