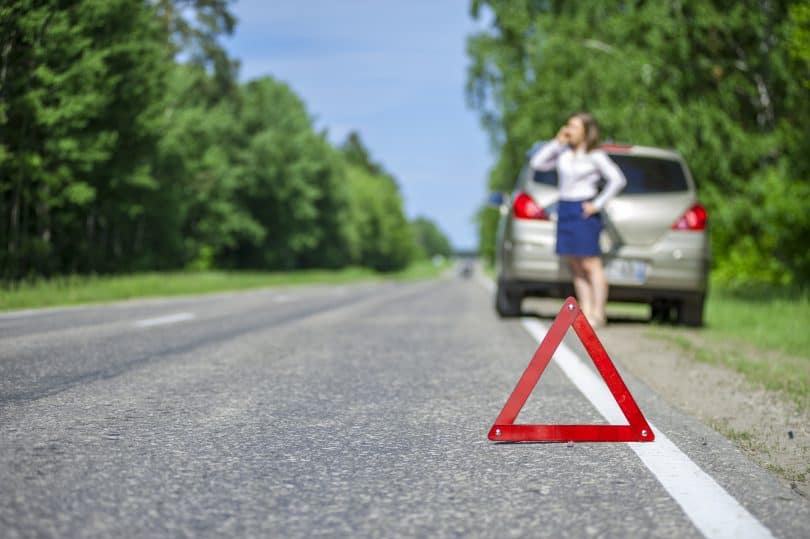 If your car dies when you are driving, it can be a scary experience, especially if you don't know why it has happened. There are many reasons why a car may cut out or loose power while running.

A car can die while driving but then will often restart if there are problems with the battery or alternator, a lack of fuel, a broken timing belt, problems with the fuel delivery system or if the engine over heats.

Sometimes when a car cuts out it can be caused by a more serious fault such as a blown head gasket or bad timing belt.

It's still worth opening the hood and doing a few simple checks before calling a mechanic.

7 Reasons why a car can die while driving

There are lots of reasons why your car can die or lose power while you are driving. Some are more difficult to diagnose or repair than others.

Most of the time it's not going to be possible to fix your car on the side of the road, but it's worth having an idea of what has caused the problem if you need to call a recovery truck or mechanic.

Here are a few of the most common reasons for your vehicle to break down while you are out driving.

1. Fuel is not getting to the engine

The fuel delivery system must be able to keep up with the demands of the engine, especially when under acceleration. 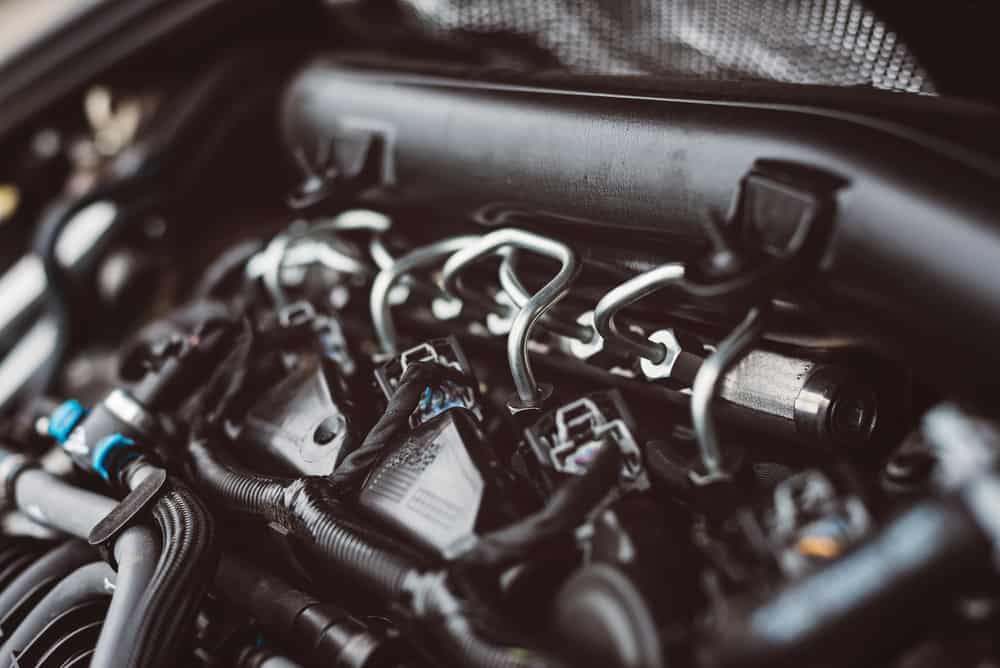 There are lots of reasons why the fuel can't reach the engine. The most obvious reason is that you have run out of fuel. It's one of the biggest reasons why cars break down and is the easiest to fix.

Engine stalling can also be caused by a faulty fuel injector, a bad fuel pressure regulator or contaminants in the fuel such as water. The symptoms of water in your gas tank are the same as fuel injector problems. These include a decrease in overall performance, jerky engine performance and engine stalling.

2. The timing belt has broken or slipped

Another very common reason for a car to cut out while driving is a broken timing belt. Even before it breaks, you car can exhibit symptoms of a bad timing belt. 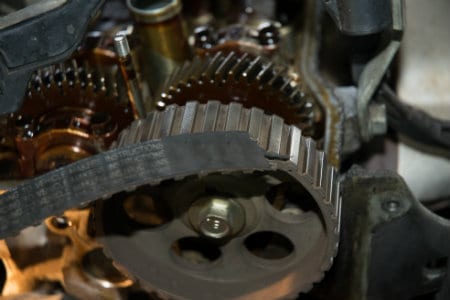 Timing belt that has snapped

A stretched timing belt will result in low power output, especially under heavy loads. It can also lead to bad fuel economy and regular engine misfires that can cause the engine to die while driving.

3. The engine has overheated

Engine overheating is another common reason why a car will suddenly die when running. Over heating can happen for many reasons, but can usually be traced back to a lack of engine coolant or a problem with the coolant being pumped around the engine. 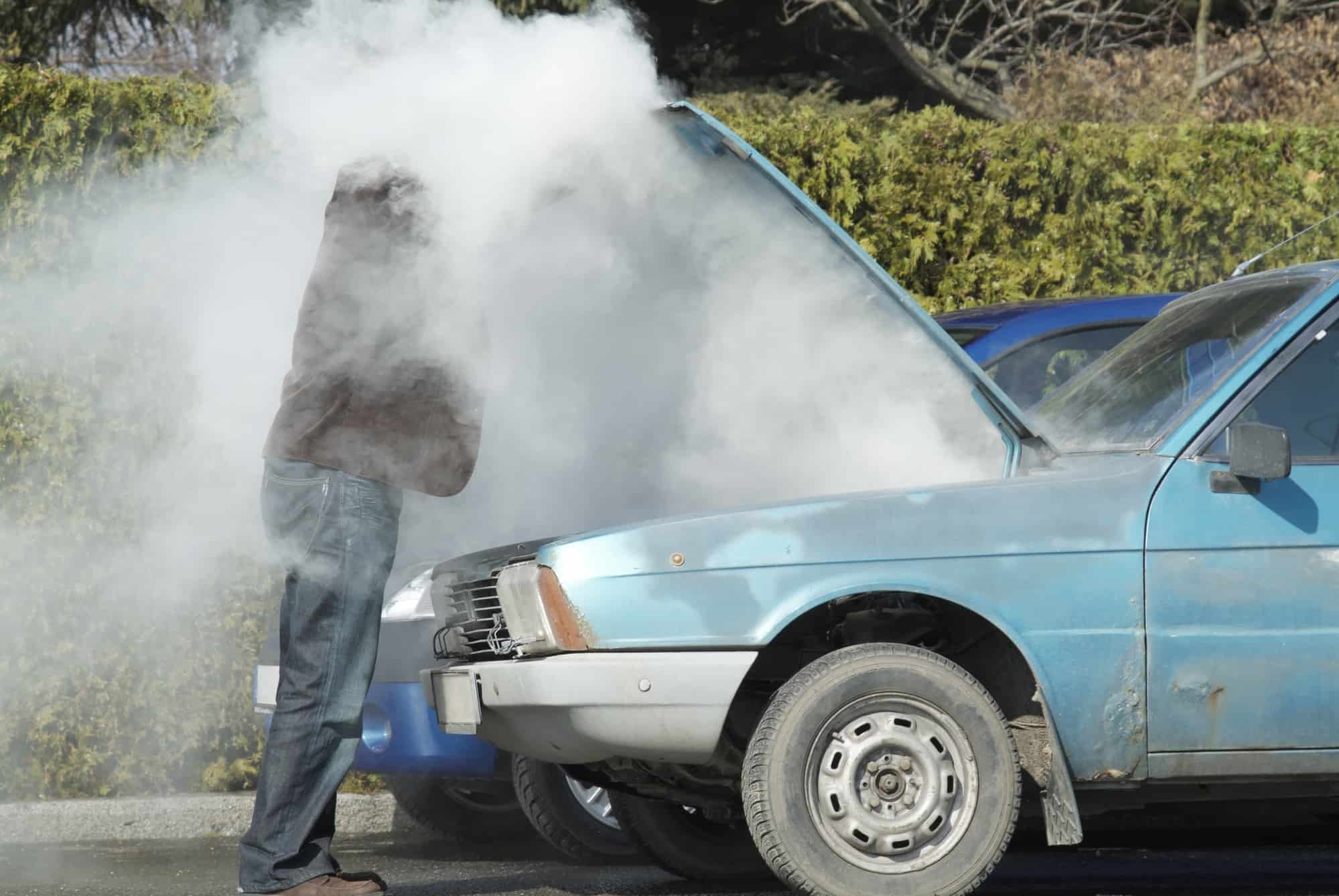 Lack of coolant flow can be caused by a broken water pump, a snapped timing belt, or low pressure in the coolant system. The symptoms of a bad water pump include engine overheating, coolant leakage and steam coming from the engine bay.

4. The car battery has failed or is not accepting charge

Modern vehicles are packed full of electronic systems and gadgets that constantly drain the power from your car battery.  During its lifetime, the battery on your car will charge and discharge thousands of times before it begins to fail.

The first sign of a problem with the battery is when the car battery light comes on. You may see this on the dashboard for a few weeks or months before it causes significant problems.

A properly functioning battery should have a voltage of around 12.6V when charged, and around 14 volts when the engine is running. If the voltage is lower than 10 volts it can impact the engine management system. This can lead to issues with engine performance and the engine may cut out, especially when idling or at low speeds.

5. The Alternator has failed and is no longer charging the battery

The alternator provides most of the electrical power needed by your vehicle when you are driving, along with charging the battery. The first signs of a failing alternator, before the engine dies is when the ECU detects a problem with the amount of power coming from the alternator. This will cause the car battery light to illuminate on the dashboard. 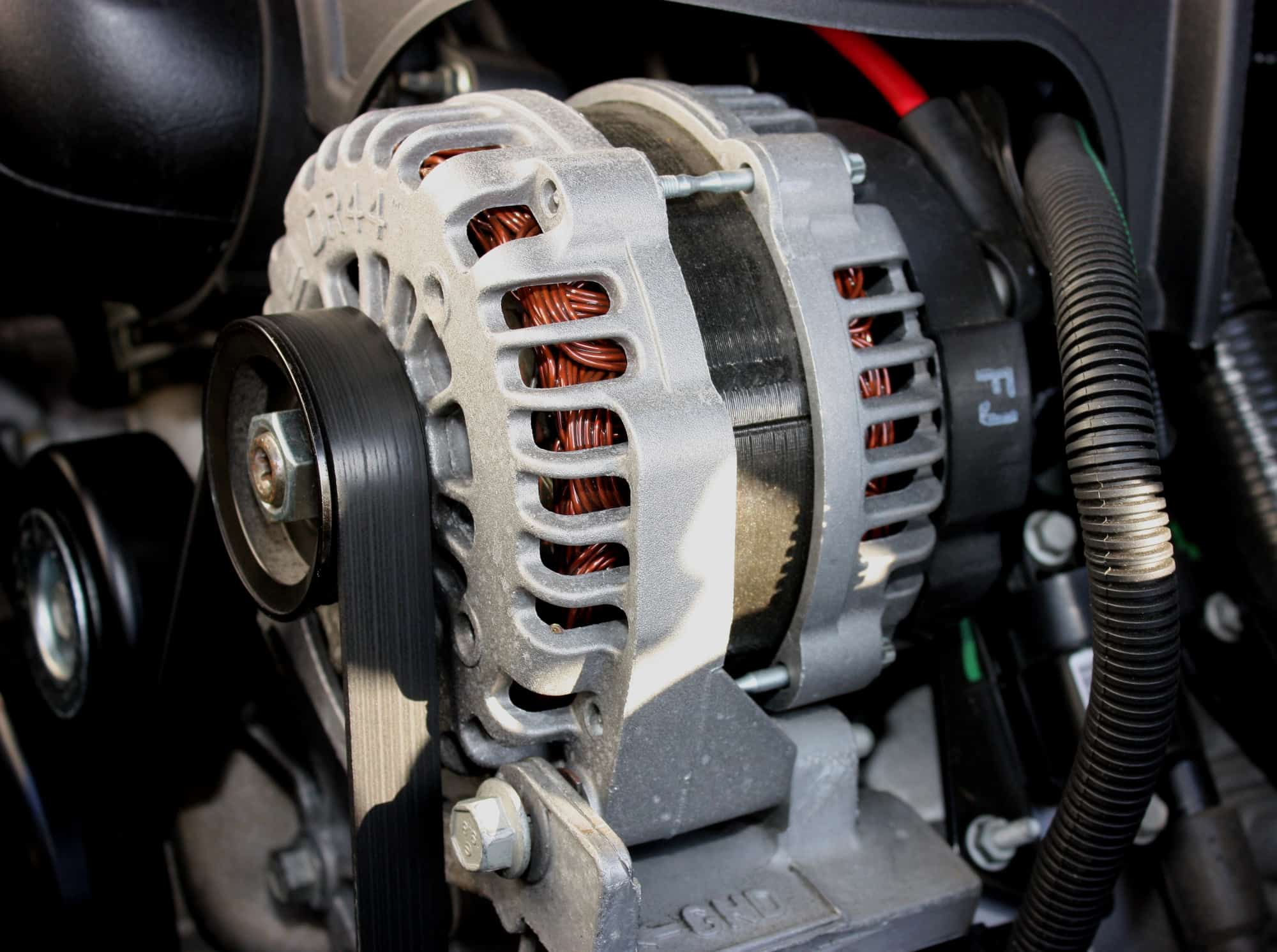 The alternator usually provides between 13 and 14.8 volts to the battery. Symptoms of a faulty alternator include the vehicle not starting, headlights dimming, a charging system warning light on the dashboard and the engine dying.

Starting the engine in your car will deplete the charge in the battery by around 3%. This leaves plenty of power to restart an engine if necessary or to supply extra power when needed.

However, it's very important that the amount of charge in the battery is topped when the car is running, otherwise the battery will lose most of its residual charge, causing the engine to behave erratically and possibly cut out.

6. The auxiliary serpentine belt has broken or is badly worn

A broken serpentine belt can also cause your car to die if it snaps when the engine is running. 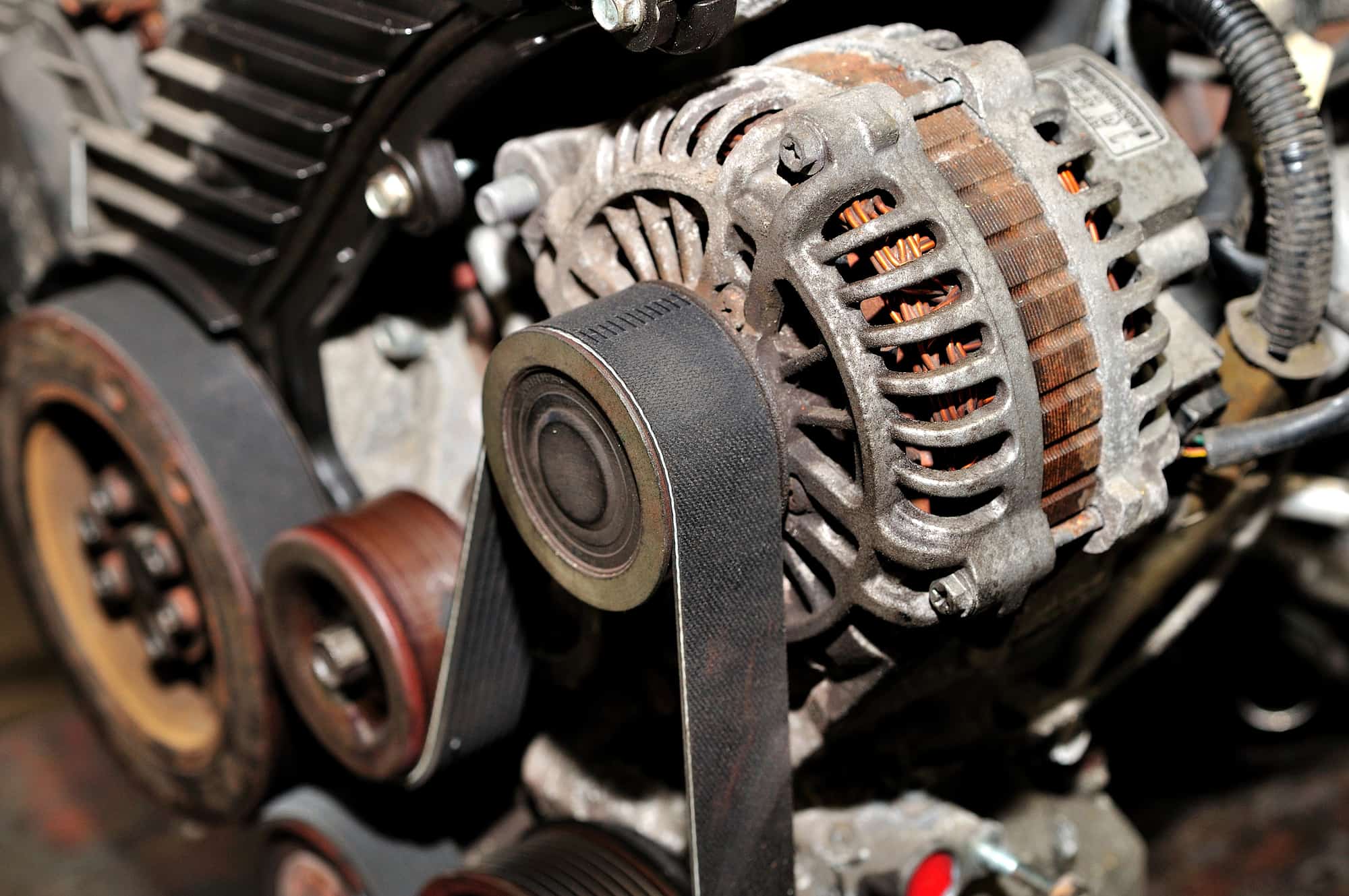 Some vehicles have a separate belt that just drives the alternator (and sometimes the air conditioning). On other vehicles, the auxiliary belt will drive the water pump too. If any of these belts fail, it can lead to the engine over heating and this will also cause the engine to die.

7. A Bad engine sensor can cause the engine to die while running

The engine in your car relies on a range of sensors that provide the engine management unit with real time information. A bad engine sensor can cause a car to die when it is driving.

Some sensors are more important when it comes to engine performance than others. These include the mass air flow meter (MAF), the crankshaft and camshaft sensors, the manifold pressure sensor and the fuel pressure sensor.

If one or more of these sensors fail, the performance of the engine will be severely affected and may cause it to cut out or die. Sometimes, a bad engine sensor will trigger a flashing check engine light on the dashboard before the engine stops running.